It's wrong to marry a divorcee, it's a sin – Kumchacha 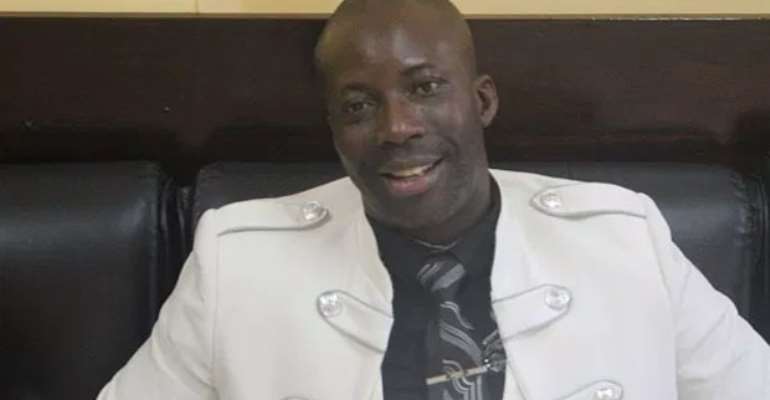 Founder and leader of Heaven's Gate Ministry, Prophet Nicholas Osei also known as 'Kumchacha' has said the doctrines of Jesus Christ are against a divorcee re-marrying any other person.

According to him, a divorcee has no privilege or what so ever to think of marrying a new person aside the former wife or husband.

He quoted verses from 1 Corinthians 7:10, Hosea 2: 7-10 which explained his narration about Gods commands to human beings not to attempt marrying a divorcee.

“When you divorce your partner, you have no right to marry again till the end of the world. The command was from God to Paul. Matthew 5: 31-32 gave further explanation on the issue of marrying a divorcee. The bible was clear, we don't marry a lady who has divorced a man before, let me say, a second hand lady – we don't marry such people again. The only thing that supports divorce is cheating – even with that, the man or woman has no authority to marry again. It's a sin” he said.

Kumchacha made this known during a panel discussion about divorce between himself and leader of the Common Sense Family (CSF), Avraham Ben Moshe on on Okay FM's 'Best Entertainment Show' last Monday.

He however explained that, “I don't support abuse in marriage. Yes the bible spoke against divorce which I support but also I'm against various forms of abuse. Report your partner if he threatens to divorce you but don't divorce him or her. Use the law”

Avraham Ben Moshe on his part said “Marriage is a form of prison. The only point to be able to break out is through divorce. The pastors are not even able to abide by the law said about divorcee in the bible. According to the bible, Kumchacha gave the best description for Christians, but on a common sense grounds, we shouldn't subscribe to that.

“I won't support and encourage to unnecessarily divorce their partners but if you're under a silly marriage, divorce and be free, reason why many ladies are been killed these days all about refusing to divorce a silly man abusing them. In the bible, God was marriage to the Israelites, it got to a point he divorced them – he stopped caring about them.”

1418 killer lamps removed vehicles in one week
58 minutes ago