Video Of Wizkid and Moesha hits the internet 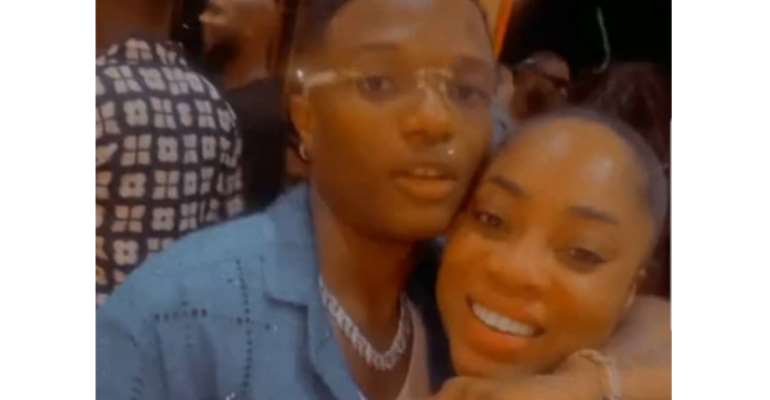 Social Media has reacted to the viral video of socialite Moesha Boduong in a' Lovi-Dovi' moment with Grammy Award-winning musician, Wizkid at a pub.

In the viral video sighted by DGN Online, starboy Wizkid was seen “squeezing” Moesha tightly, something which has got social media talking since its the first time actress Moesha has been spotted with Wizkid.

In the video posted on her official Instagram page, the actress wrote “Still in my birthday behavior”.

The caption raised a lot of eyebrows as a section of her followers reacted to her post.