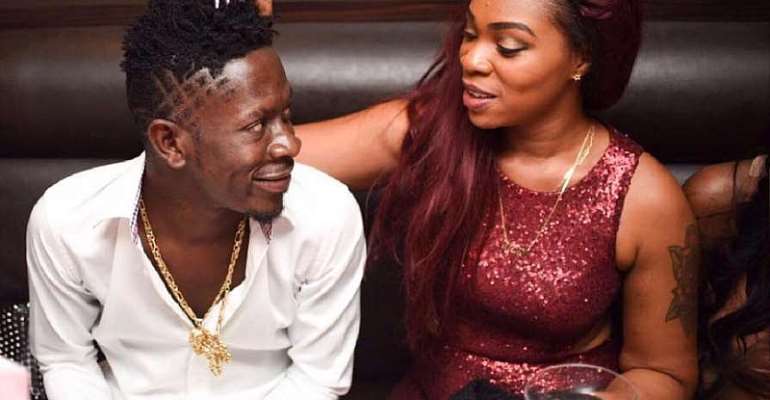 The love story that existed between Shatta Wale and his baby mama, Michy which ended some few years ago due to disagreement and some challenges might just be a phase of their love journey.

During an interview with Sammy Kay on the “Go online” show, a woman of God named, Prophetess Mama Sarah revealed that Shatta Wale and Michy are meant for each other and no matter the number of women Shatta Wale would involved himself with, Michy still remains the only woman for him.

She narrated how she had a dream about Shatta Wale and Michy some three years back and how she took a bold step to speak to Michy about it.