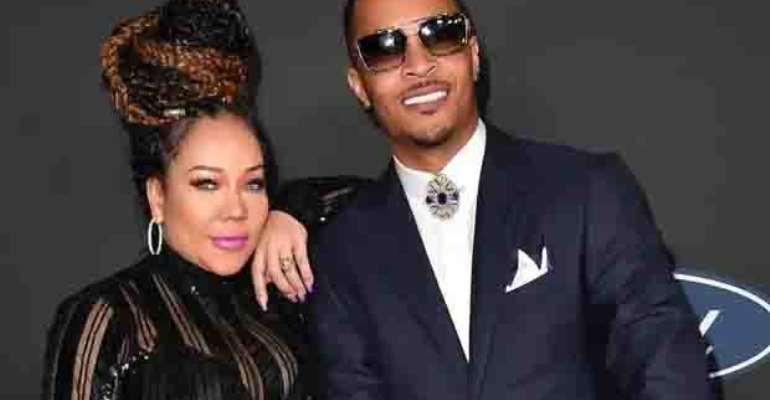 Four women who accused rapper Clifford “TI” Harris and his wife, singer Tameka “Tiny” Harris, and members of their inner circle of drugging and sexually assaulting them, are seeking a criminal investigation to be conducted.

Tyrone A Blackburn, a New York lawyer, sent letters to authorities in Georgia and California, where the abuses are alleged to have occurred, calling on law enforcement to investigate what he called “eerily similar” claims of assaults over more than a decade, between 2005 and 2017, according to the New York Times.

Blackburn said in the letters his clients, who remain anonymous, and witnesses were prepared to speak to authorities.

Two alleged victims spoke to the Times anonymously, giving harrowing accounts of alleged assaults. The Times said the women described being threatened with violence if they spoke out.

One woman told the Times she met Clifford and Tameka Harris in 2005. The woman said she and a friend were invited to the couple's VIP section in a club, where she believes they drugged her drink. Once she was incapacitated, she said, the couple raped her in a hotel room.

A friend of the woman who was at the club with her told the Times she saw the woman leave with the couple and that the woman offered details confirming the assault the next morning.

A second woman who was once friends with the couple and started working for them around 2005 said Clifford Harris forced her to take ecstasy and the couple “forced her to engage in sexual acts with different women against her will”. The woman also said she witnessed “women complaining of being kidnapped and held against their will for days at a time”, according to the Times.

Steve Sadow, an attorney for Clifford and Tameka Harris, said they “deny in the strongest possible terms these baseless and unjustified allegations.”

“We fully expect that if these claims are thoroughly and fairly investigated, no charges will be forthcoming,” Sadow said in a statement, adding, “These allegations are nothing more than the continuation of a sordid shakedown campaign that began on social media and now attempts to manipulate the press and misuse the justice system.”

Claims of abuse by the couple arose in January when Sabrina Peterson, a former friend, posted on Instagram dozens of messages from women accusing the couple of sexual intimidation, drugging and sexual assault. Peterson also said Clifford Harris threatened her with a gun.