Include Country Music in the VGMA Categories—Allor 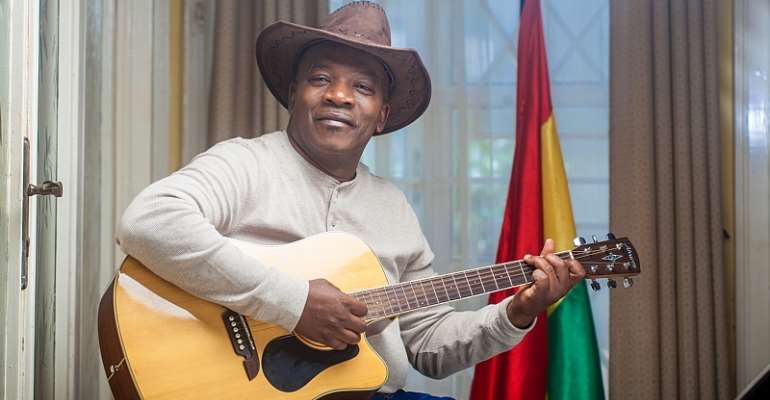 A Ghanaian-born country musician and advocate, Samuel John Adotey Allotey, known in showbiz circles as Allor, is calling on stakeholders in the Ghana music industry, particularly, organizers of the annual Vodafone Ghana Music Awards (VGMA) to include a country music category in the awards.

The composer of the current pledge and anthem of the Ghana Air Force, Wing Commander Samuel Allotey (Retired), in an interview with Graphic Showbiz, stated that the music industry in Ghana is being denied a whole genre of music that is quiet popular elsewhere.

“I had high hopes back in 2017 when I released my first album, Whispers of Love, and thought country music would come up as a category in the VGMA. Unfortunately, it was not mentioned. I was very disappointed because that is a whole genre that has been overlooked.”

The retired avionics engineer and former member of the popular evangelistic group, Joyful Way Incorporated, attributed the lack of interest in country music to a certain perception attached to the genre:

“First, we see the genre as foreign, because of its mid- western origins. Meanwhile, the likes of dancehall were also unknown till we became used to them and now have artistes fighting over who is the best and cashing in on the genre. People also think of country songs as music for oldies and expats within an aristocratic society. What such people fail to see is that some of the songs we enjoy today were originally country music. Take Whitney Houston’s I Will Always Love You for instance. It was originally composed by country musician Dolly Parton before Whitney polished it to what we know now”.

The former aide de camp to the late President Rawlings is also calling on promoters of songs, especially disc jockeys (DJs) and presenters to help stir up interest in the country music genre

“By all means, one cannot get everybody to like country music; it is for a certain niche. However, if our DJs and radio presenters will give some amount of airplay to country music, especially those being sung by local artistes like me, people will develop the interest and begin to come on board. A song like ‘Jerusalema’ by Master KG from South Africa caught up with Ghanaians like wildfire because of the constant airplay DJs and presenters were giving to it, even though we do not understand the words in it. We can do the same for country music. Let us promote what our local artistes are doing in the genre.”

Allor is currently a business consultant and Lecturer at the Ghana Institute of Management and Public Administration (GIMPA).

Allor’s Whispers of Love album, which is his first, consists of nine (9) songs that can be downloaded from Apple Music, Deezer, iTunes, SoundCloud, Amazon Music, among others. The full album is also available as a visualizer on YouTube. Allor is managed by Blue Butterfly Records and is currently working on his second album.