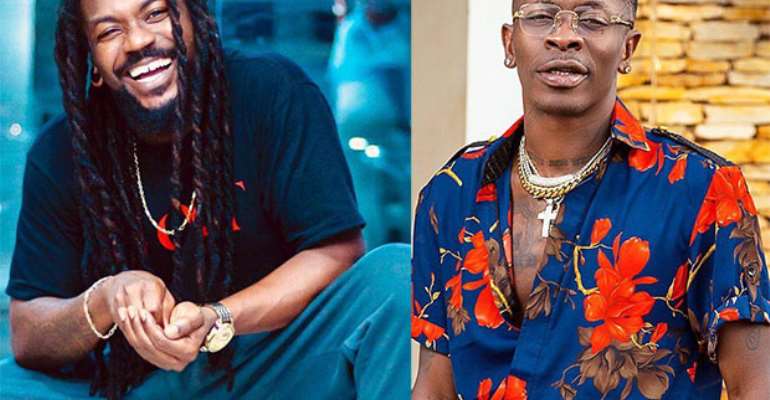 The song comes two days after the two celebrated musicians traded words at each other on Twitter over their supremacy in the music business and which of them has properties.

Samini, who has now rebranded to 1King, in the heat of that exchange, promised to drop a song for Shatta Wale on Friday.

However, the song dropped earlier than he promised.

The song's title was among the top trends on Twitter on Thursday as many of Samini's followers and music lovers trolled Shatta Wale with the song.

In the song, Samini threw jabs at Shatta Wale and described him as a “fun-fooler”. He called Shatta Wale a “fake guy”.

Samini and Shatta Wale go way back in career but it appears they can't get along. They are always at each others throat.

Their new beef, according to reports, started after Shatta Wale threw a jab at Samini in one of his songs titled ‘Real’.

“How can you be King without a palace and a pool?” Shatta said in his song.

Samini replied in a tweet on Tuesday saying, “The living fool measures the success of a man by the size of a swimming pool (laugh emoji). Living proof of the fact that depths of minds differ. A beneficiary always feels wisest until the benefactor becomes woke. Remember I did it all by myself without a Nam1 and no one is my Don (laugh emoji).”

The 1Jon song is follow up to his reply to Shatta Wale's song.