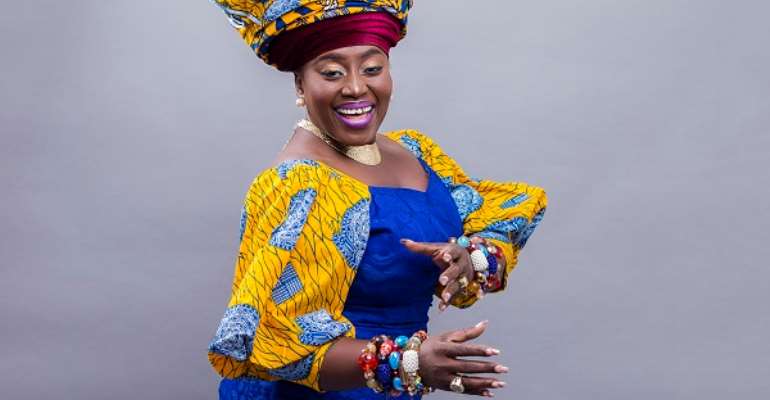 Ghanaian radio and TV personality, Akumaa Mama Zimbi, also known as Dr. Joyce Dongotey-Padi, has replied to critics saying she doesn't tolerate unnecessary gossips in her life because it is a waste of her time.

Akumaa Mama Zimbi made this statement in an interview with Accra-based television JoyNews programme EVIBES hosted by Becky.

According to Akumaa, she has heard rumours circulating on social media alleging that she has tied the knot with one unknown “white man”, which is untrue.

She added, “People say I have married a white man; it is not true. So all the rumours are not true, so I don't waste my time on petty gossips and rumours.”

Akumaa Mama Zimbi urged Ghanaian celebrities not to show off their family on social media to prevent any verbal and physical abuses from fans, saying, “you must always shield the privacy of your family from the 'star world' because they are not public figures.”

She added, “That's why you don't find my husband and children in the public space. They are there alright, on various social media platforms. When the need comes to see them, you will see them.”

The celebrated Ghanaian ace broadcaster was recently awarded as the best media personality of the year at the Ghana Entertainment Choice Awards held in Accra.

Akumaa Mama Zimbi was presented with an award plaque, an artwork, and a citation of honour for her contribution to the Ghana entertainment industry for her two decades of hard work.

She is also the founder and Executive Director of Mama Zimbi Foundation (MZF), a non-governmental organisation which seeks to empower and support widows.

She is the host of 'Odo Ahomaso', Ghana's number one radio and television talk show on marriage, love and sex on Adom 106.3 FM and Adom TV.