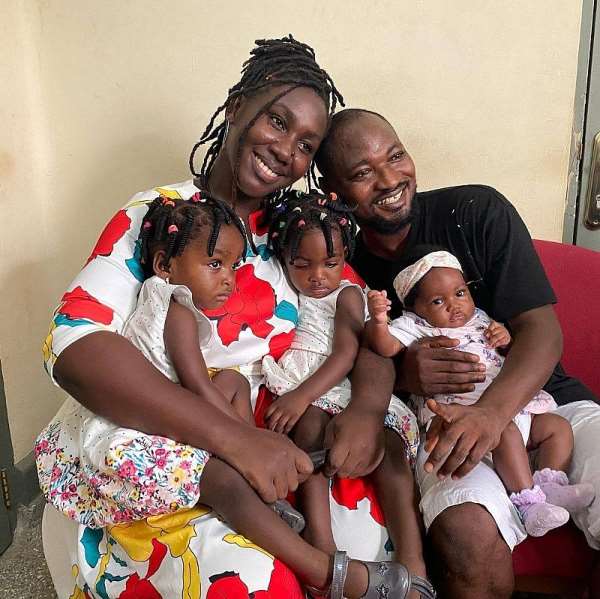 Mother of Funny Face’s three kids has said the comedian is mentally sane and would only marry him if he changes his attitude.

On Monday, February 22, Vanessa Nicole and her kids alongside Kumawood actor Kwaku Manu visited the comedian at the Accra Psychiatric Hospital where he has been on admission for a week now to check up on his health.

“Funny Face has no (mental) problem,” she told Abeiku Santana on Okay FM after visiting the comedian. “I'm saying this because I feel he has missed his kids. That’s the whole thing. I strongly believe that everything will change after seeing them yesterday.”

Vanessa said Kwaku Manu didn’t ‘force’ her to visit Funny Face, contrary to rumours that she was forced to see her baby daddy.

“Kwaku Manu didn't force me to visit him. Kwaku Manu came home to speak to me that I should visit him if possible because he wanted us by his side.”

She continued: “Before Kwaku came, a legal council called to tell me that Funny Face mentions my name often at the hospital so I should come and pay a visit. He said if I visit with the kids, things might change.

“And, he is the father of my kids. I would not wait to hear bad news before I visit him. There've been bad times and good times as well. So, if I can't see him now, it wouldn't change anything,” she added.