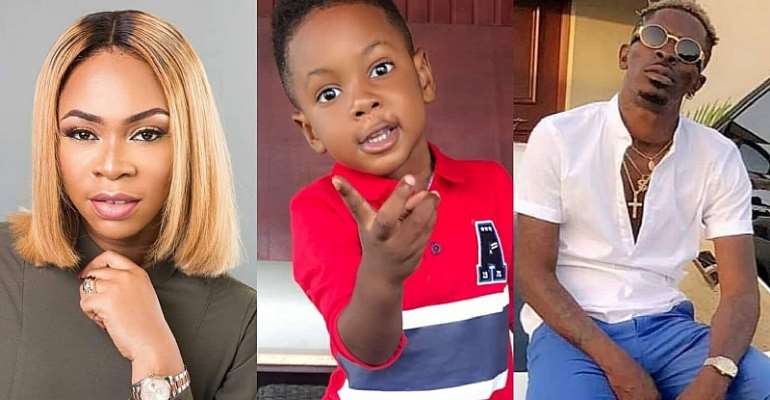 Earlier this week that we reported on Shatta Michy, baby mama of Shatta Wale stating in an interview that she wasted her youthful year with the dancehall musician.

The mother of one who appeared on Nana Ama McBrown’s 'United Showbiz' made the bold statement. According to Michy, she has part ways with Shatta wale after wasting her youthful years with him instead of enjoying life like any other young lady.

She also stated on records that she’s been able to acquire two houses after her split from Shatta Wale in a spate of two years.

Well, Shatta Wale has once again reacted to his baby mama’s claims, and guess what, he says he is never going to sell out his baby mama for clout. He added that his baby has been a good woman and that he still cares for her.

He further stated that it is only God who knows he is indeed a good man.

He concluded by saying Michy should go ahead and grant more interviews and that giving her a car and a house was never a bad idea for a baby daddy.

Akuapem Poloo conviction should serve as a deterrent to nude...
58 minutes ago