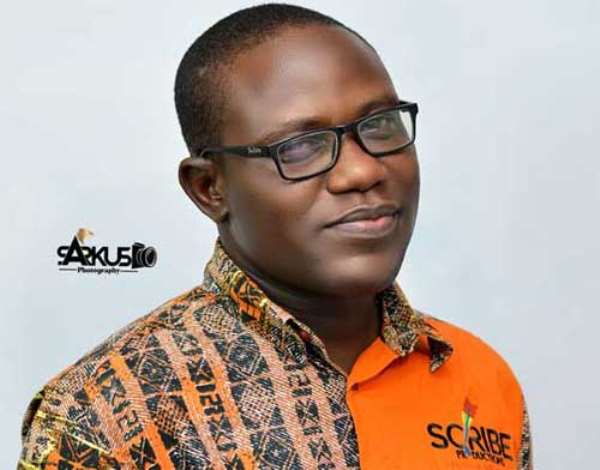 COVID-19 is on the rise and the president has ordered all social events to be put on hold, Emergency Wedding inclusive. For many who may not know what Emergency Wedding is about, it is an exciting musical stage play that takes a swipe at how society is at the heels of young women today to get married before age 30.

Last Sunday, when His Excellency Nana Addo Dankwa Akufo-Addo emphatically stated that all theatrical performances were banned, my heart thumped. This was going to be the second time our much-talked-about event was going to called off and it was not funny. We had worked so hard to see this stage play become a success but anytime it was about to be staged, corona ambushed us.

Two main things were on my mind when I finally came to the reality that Emergency Wedding was not coming off again as scheduled ― all the efforts we had invested that was going down the drain AGAIN and the beautiful story that was going to be shelved to be told on another day.

The calls started coming through. Some were wondering what we were going to do. Many were consoling us and others were wondering how we were taking the shock again. Well, in life, we can’t worry much about what we can’t control. It is a waste of energy.

One suggestion that kept repeating itself was, “Why not do an online show? It should be less expensive doing a virtual show as compared to a live one.”

We thank God for virtual shows. Truth, however, is, it requires a lot to put together a stage play that may make taking Emergency Wedding solely online financially unfeasible in this current situation. Sooner or later, it may be possible or profitable but now, from our experience of doing stage productions over the years, I don’t think it may be.

A live stage production is not like a song which may not require so much for production. Thus, streaming a song may look profitable but not in the case of a stage production. When many chide us for not taking our content online, I smile. Fact is, it is profitable to stream an already-staged production but not a live one because we spend more on the latter than former.

One has to understand that whether a stage production is virtual or not, most of the expenses are fixed. In order words, it will take as much capital to stage a play with live audience just as it would without them. In effect, it does not make good business sense to go solely virtual (no matter the prevailing circumstances) when that option should only be a complement to the live show.

Let me briefly take you through how much capital it takes to have a two-night virtual production at National Theatre. The venue alone should cost one about GHC24,000 for both nights (2 shows per night) with technical inputs such as lights, live band/sound and lapels amounting to about GHC20,000. The bill for set design, costumes and props together comes to about GHC10,000.

Working with a cast and crew of about 100 personnel, one should budget honorarium worth about GHC30,000. Mind you, expenses at rehearsals alone can amount to a little over GHC3000 aside welfare (food/water) of cast/crew on production nights which should be also be close to GHC3000.

Promoting a virtual show may be less expensive because it excludes traditional media but one will still have to budget, at least, GHC10,000 for a strategic digital promotion. Creating engaging content for such promotion should also cost one a little over GHC5,000. Take note that most of these estimates may actually be more if measures are not put in place to cut down cost.

With a total budget of a little over GHC100,000, the first question on the mind of every business person is, “Can streaming a live show with a ticket rate of GHC30 earn enough for a show without any form of sponsorship support?” The answer obviously is a no. Calculate how many tickets one has to sell to offset their bills. Mind you that for every virtual ticket sale, the streaming service providers have a commission of 35% aside 10% for social media influencers through whom tickets may have been bought.

One may need, at least, 5000 people signing up for a virtual show to offset their bills. It doesn’t come easy having even just a hundred people to sign up after intense digital promotion. Little wonder you reading this may have not even signed up.

The case of Emergency Wedding becomes dicey because some have already bought tickets to come see the play at National Theatre. This is where it gets interesting. There is a sharp disparity between ticket rate for the virtual show and that of the live one. As a matter of fact, you need to pay just half the live ticket rate to have watched online.

Above everything, brand integrity matters in all we do. A pandemic is not enough an excuse to look dishonest in the eyes of your cherished clients. A postponed show is better than a virtual one.

Every brand is a promise and Scribe is no different. We promised our audience a live show and gave others the option to see it virtually. Of course, the live show was the priority and that was why it cost twice more than the virtual one. It will be unfair to shortchange those who paid to see it in person, forcing them to watch it online.

If you have seen a stage production before, you will notice that one thing that has always been peculiar is the bond between the actors on stage and the audience in their seats. Live stage productions are very different from screen content because everything unravels in real time and this has a soothing effect on the psychological makeup of the audience.

Live productions have been a therapy for years because every costume, prop or action on the stage communicates to the audience in a very special way. This becomes an add-on that can never be taken away from a live production. This explains why watching a recorded production may not evoke the same feelings as watching same live.

The cast breathe from the reactions of the audience and the audience, in return, are invigorated by the passion of the cast on stage. It is always a two-way communication and this is the beauty of theatrical performances. Emergency Wedding may happen virtually but there will be one important recipe that may be lost ― the unimaginable bond between the cast and their audience.

Kobina Ansah is the writer/director of Emergency Wedding. The much-publicized play has been postponed until further notice.