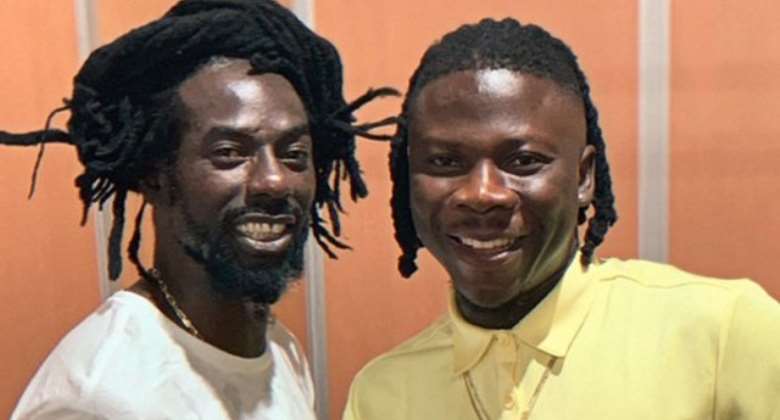 The CEO of Burnington Music Group, Mr Etse Satekla who goes by the stage name Stonebwoy has confirmed his collaboration with Jamaican ex-convict and legendary reggae musician, Buju Banton on a new music project.

Stonebwoy who is currently in Jamaica confirmed this in an interview with fellow musician and radio show host, Blakk Rasta on his 'Taxi Driver' show on Zylofon Radio.

When asked by the host if he intends to do any collaboration with Banton before he comes back to Ghana, Stonebwoy said yes and that he and Banton were in the studio recently doing some recordings.

"...Yh man, as we speak, as we speak. U know cux him and I were in the studio recording, so definitely," the multiple award-winning artiste and father to Dzidula was quoted as saying.

He continued that meeting Buju Banton takes time but due to the cordial relationship he has managed to build with him over the years, he now has access to him "straight and direct."

"...It's not easy at all. These are big names, you have to go through months of protocol but I can boldly beat my chest and say that they have become my big Brothers in the industry so it is straight and direct. We have a relationship, work relationship, and we have the artist to artist relationship which we have built all these years to become big brother and a junior brother kind of relationship," he disclosed.

Gov’t will build houses for displaced victims of Appiatse ex...
11 minutes ago

‘My courtroom is as hot as oven’ – Justice Kwoffie laments f...
11 minutes ago