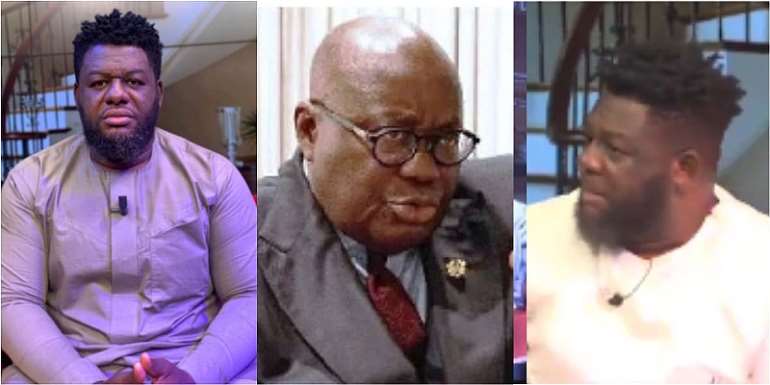 The outspoken artist manager was arrested on Monday 11th January over alleged reports that he threatened Ghana’s sitting President, H.E Nana Addo. In a new development, Rex Omar has confirmed that Bulldog has been released about an hour ago.

Speaking on Okay FM, he said: “I won’t speak for long, it hasn’t been long, about 30 minutes ago Bulldog’s Lawyer has informed me that he has been granted bail, so that’s what I can say now“.

He continued that “ I have spoken with him yesterday but today I haven’t heard from him and I haven’t seen either but the truth is he has been granted bail“.

Rex Omar added that he has been working with some colleagues since yesterday by following all due process to get him released and “by God’s grace, his lawyer and some influential people have helped for him to get bail now“.https://pulsembed.eu/p2em/o52D-f5Cb/

Speaking about health after his release, Rex Omar stated that he saw him yesterday and can confirm that he is fine. ” When I saw him yesterday and we spoke, he was very fine and in a high spirit … everyone should calm down, there’s nothing that showed he was tortured,” he told Abeiku Santana.

According to Rex Omar, Bulldog has been held in custody at the police headquarters and people form the NDC have not influenced his release because this is not a matter about politics.

Hear more from him in the video below.

Modern Ghana Quote Reports
Catch up with all the political quotes from our politicians.
Sponsored
More Exclusive News
Modern Ghana Links
Video: Man demolishes beautiful house he built for his girlfriend after she dumped him
'Licking pussy is the main reason why most Ghanaian men are suffering in life' – prophetess reveals [video]
'Edey pain you' — Akuapem Polo as she flaunts her latest Mercedes Benz online [Video]
Davido tell fans how he started as a broke man
I gave Shatta Michy car and house — Shatta Wale exposes Baby Mama again
'I see myself dating Sister Deborah in my dreams' — Tutulapato
[Video] Afia Schwar blast Kumawood actress Vivian Jil, reveals more damning secret about her
Even if I did a threesome with Shatta Wale, what is your problem? – Shatta Michy blasts Ayisha Modi
Medical finally display daughter's face as he's set to release new album
Quote Reports Dossiers
TOP STORIES