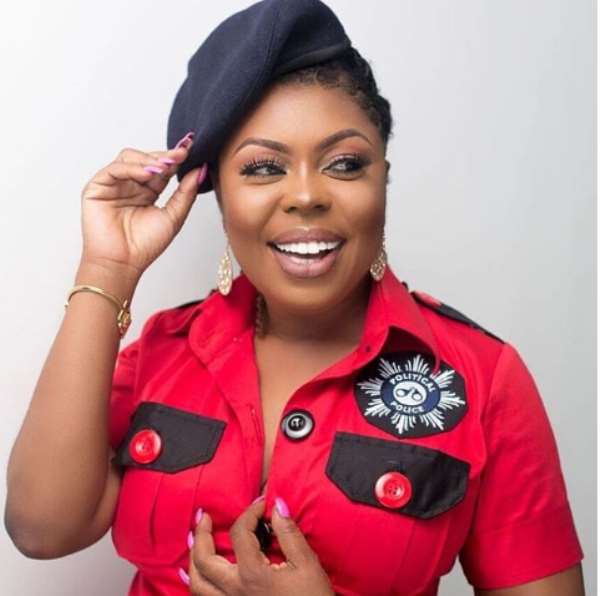 This is going to be the first in a Long series of letters in which I will attempt to communicate to you.

I may sound very rude, but this is how you have positioned the discussion. I'm going to keep the flow going, and you have to keep in mind that, I'm not going to slow down to edit this.

For the first time, I will plead with Government to equip most of our psychiatric units in the various health facilities especially our dear Ankafo Hospital. Because of late, it seems they are loosing most of their clients to the street... which include Facebook.

Madam Afia, you are a well known beneficiary of "Papano's" scheme under the influence of "nokofio" with no legislative backing. Infact, this pyramid scheme is making you lazy....and currently inhibiting you from thinking right. The funny thing is, you enjoyed the wrong meat, which the system will force you to vomit it out.

Your one(1) gigabyte mobile bundle, is not a warrant for you to hit the street and spew nonsense.This unnecessary warrant, granted by yourself, has led to the total showcase of your cerebral weakness and limitations. I see this as an unfortunate event which you have to take a second look. The bar has already been lowered, and it has affected your thinking quality.

This unnecessary addiction of yours, with some poor psychological background is gradually getting out of hands. I know for sure that, even some known drug addicts will not opt for this trend. That unnecessary post was fueled by some stuff which I don't want to mention.

As I'm about to cross some invisible mental lines, I will edge you to pull down that your misguided Facebook post, and render an unqualified apology to Apostle Engineer Kwadwo Safo and his son Kwadwo Safo junior.

Hope this will find you in a very good mental state.

Whispering from the corridors of common Sense.