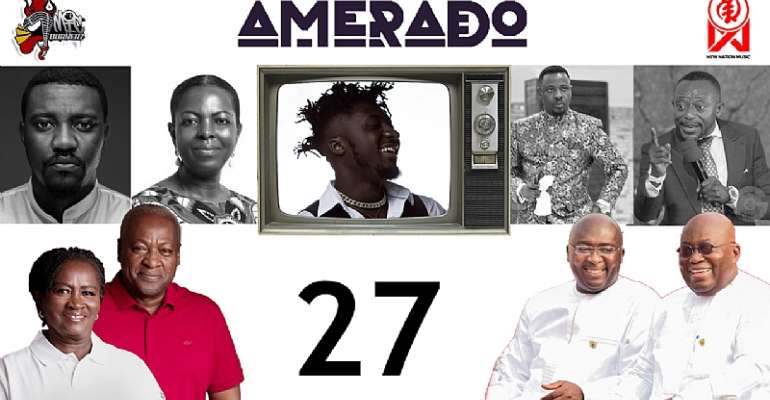 After taking a week off to drop the official video for his new single 'Kyer3 Me' featuring Okyeame Kwame, Amerado is here again with Yeete Nsem episode 27.

This week's episode is a summary of everything that happened before, during, and after the December 7 elections.

As usual, this is one of the episodes you would not like to miss.

Song was produced by TwoBars with video directing and editing by Director K.