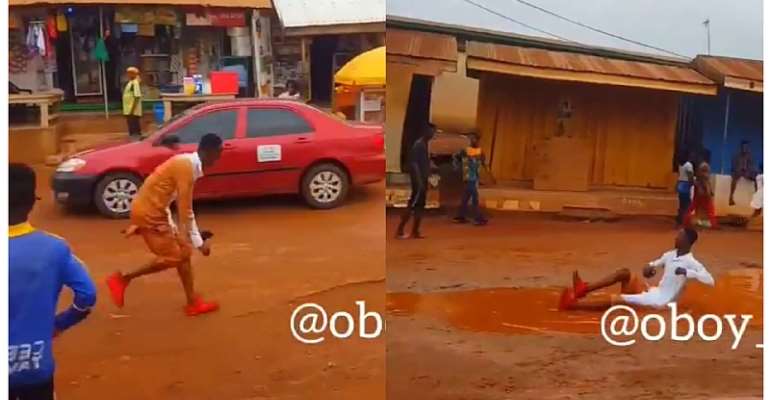 A Sarkodie fan has gone viral for dancing and singing Hastalavista aloud whilst jumping in the mud.

The fan, identified as Oboy Cj uploaded a video on social media where he can be seen dancing to Sarkodie’s new song titled Hastalavista featuring Zlatan and Rexxie.

Even though it’s normal to bring out the feeling in you towards a song, Oboy, in all white attire choose to show his own on a lorry road in the mud as people watch him in dismay.

NPP may lose 2024 elections if Bawumia is imposed as flag be...
42 minutes ago

Keep quiet and concede defeat because you couldn't perform —...
52 minutes ago