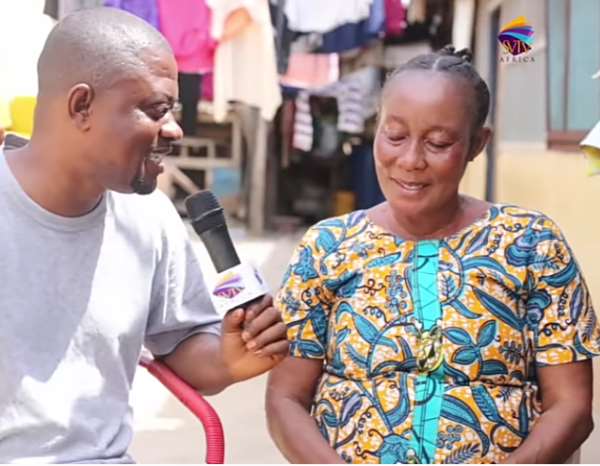 Popular Ghanaian actress, Mavis Yeboah, known widely as Maame Gyanwaa for her role in Ghanaian sitcom Cow and Chicken, is reported to be gradually going blind.

Smiles have reflected on popular actress, Mavis Yeboah known in showbiz as Maame Gyanwas face, as she receives help for her blindness.

The actress shoved every embarrassment aside when she pleaded to Ghanaians for support to cure her retinal artery occlusion in her left eye.

Without the needed GHS11,605 requested by doctors, Maame Gyanwaa feared she would lose both eyesight.

But, SVTV Africa Foundation has intervened with a donation of GHS4,050, with the help of Ghanaians who were touched by her story.

Maame Gyanwaa also confessed her colleagues have called to share some encouragement, but it took only Lil Win to render monetary support of GHS1,000.

As it stands now, Maame Gyanwaa still needs GHS 6, 605 as soon as possible to have her surgery at the Komfo Anokye Teaching Hospital.