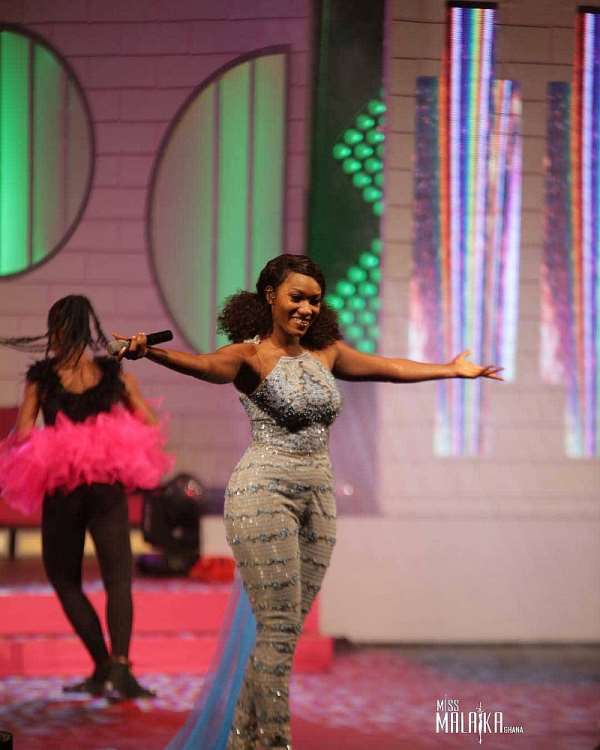 Leader of Heaven’s Gate Ministries, Prophet Kumchacha says he does not enjoy listening songs from the camp of Afropop singer Wendy Shay.

He said her songs does nothing meaningful than to promote sexual promiscuity among teenagers.

According to him, songs from the Rufftown records signee is full of provocative words and are not anything to learn from.

Discussing the impact of gospel music in every human's life on Okay FM's 'Best Entertainment Show' hosted by Halifax Ansah-Addo last Monday, Kumchacha said Wendy Shay since she shot into fame has chronicled what he describes as ''foolish songs'' to the public.

To him, music is supposed to be educational for every soul and not the usual way it has been lowered to by musicians like Wendy Shay adding that, her reference of President Akufo-Addo in her hit song 'Uber Driver' was needless.

According to Kumchacha, the song that intimates that men are usually looking at women from their cars while on the road shouldn't have been interpreted with the name of President Akufo-Addo.

"The song from Wendy Shay that projects Nana Addo as someone who loves giving an eye to the back side of women on the road is needless. When you study the character and her music antics, it projects more of promiscuous due to her body language and demeanor. Everything of her promotes prostitution. She sings to promote prostitution.

"Someone who sings and say a whole Nana Addo p3 hw3 and things, you have to be fast and get the promotional aspect of her songs, it does nothing meaningful than to promote prostitution. The truth is one, don't open your mouth, she sings to encourage prostitution among this kind of generation," he stated.