Let's Tell Stories Of Our Heroic Leaders, A Call On The Creative Arts Industry 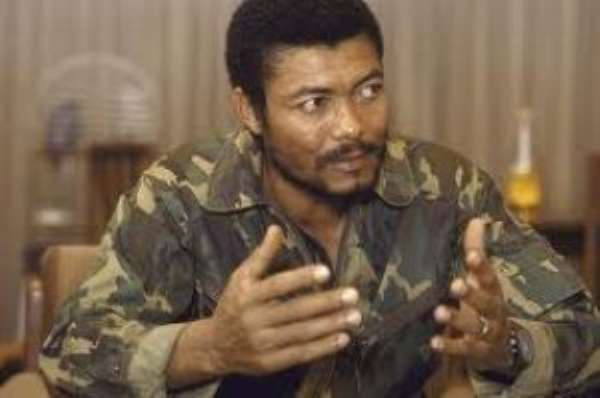 Following the death of former Ghanaian President, Jerry John Rawlings, on November 12 this year, I have been reflecting deeply on so many things. For instance, I have been thinking, ”Why don’t we have movies, biographies, and novels about our great leaders?

Yes, there are a few old documentaries and archived files of some of our leaders. But how about short films about various aspects of the lives of some great Ghanaian leaders? How about projecting the positive things our leaders have done and documenting them in a movie (documentary) for posterity’s sake?

Personally, I am of the view that an era is fast coming to an end and it behoves on us to give the unborn generation something to hold on to.

We can see how foreign nations document certain aspects of their political and economic livelihoods in memoirs, films and documentaries, using top actors to depict some of their heroic characters.

Is it not sad that we keep lamenting that the Ghanaian movie industry, for instance, is dying off? For me, it’s not for nothing that we do not patronize our movies. The only problem is, we have been fed quality content from the West making us to easily spot less engaging content from our home country.

When Chief Moomen started his Wogbejeke play under the Heritage Theatre Series, I thought to myself, this is the kind of things we must use to educate the youth apart from what is been studied in our classrooms. Our story is what will sell the nation to the foreign world. We must therefore produce and sell the rest of the world something that they can also learn from.

In a recent conversation, I confessed knowing next to nothing about some of our heroic leaders except for the stories that I heard from my teachers during my basic and secondary school education. I don’t know if it’s a lack of research or it’s just that I have not been exposed to more engaging media which will keep me interested in wanting to know beyond the corruption and slanderous allegations that I keeping hearing about our leaders.

We should enedeavor to put our nation on the globe in a positive light. Netflix’s ”The Crown” series about Queen Elizabeth has been criticised of having loop holes about its narration on Nkrumah and the queen’s visit to Ghana. Then again I ask myself, ”Could this be better told by our own natives in a much better narrative?”

Movies like Southside With You, Mandela: Long Walk to Freedom, and Hotel Rwanda, did justice to historic happenings in various countries and this can equally be emulated in Ghana.

It is about time we told our stories just as it happened right under our watch and I throw this challenge to our creative arts industry, be it, movie, theatre, music, or the showbiz world.