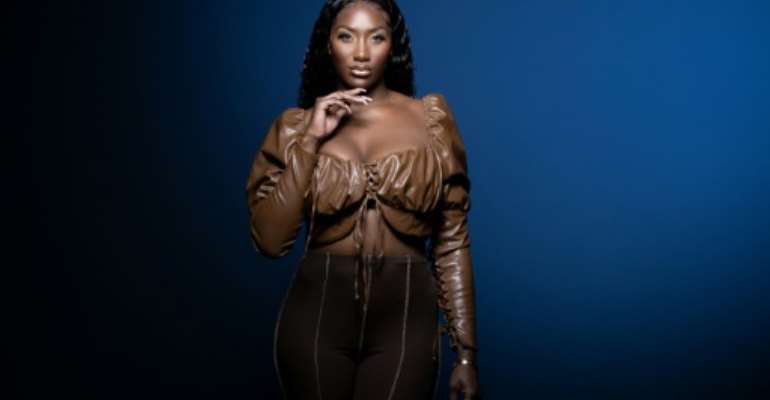 French singer Aya Nakamura's new album is already one of the most listened to in the world. By JOEL SAGET (AFP)

The most listened to French artist in the world, 25-year-old Aya Nakamura has released her third album with dizzying success.

The provocative Franco-Malian singer of songs including "Djadja" and "Jolie nana" (pretty chick) tells AFP that she will continue "making the music she loves" while adding that she refuses to be categorised.

Catchy and universal, her songs have won acclaim from the likes of Rihanna and Madonna, as well as criticism from those who say she has broken taboos by talking about sex and female desire.

"I asserted my musical vision and that's what I'm most proud of," she told AFP.

"I make the music I like, even if they want to put me in boxes," she added.

Four days after its release, her album "AYA" has been downloaded more than 12 million times on the Spotify platform, becoming the third most listened to album in the world -- ahead of the latest release by AC/DC, one of the biggest rock acts on the planet.

Known for her Afropop sound and street slang, Nakamura's popularity surged after her second album in 2018, "Nakamura".

"Djadja", in which she recounts her love affair with an ex-boyfriend by that name, has 700 million views on YouTube.

It ranked number one in the Netherlands, a first for a French artist since Edith Piaf, and was later covered by Colombian singer Maluma, a huge star in Latin America and the United States who has worked with Madonna and Shakira.

Nakamura was invited to the popular American music festival Coachella, an honour only a handful of French musicians can boast of, such as Daft Punk and Christine and the Queens. The festival was cancelled because of coronavirus, however.

Born in Mali as Aya Danioko, she grew up on the outskirts of Paris surrounded by the music of her family of traditional singer-poets or "griots".

She caught her break after posting songs on social media, choosing the name Nakamura in homage to a character from the American television series "Heroes".

She signed with Warner Music in 2015 to produce her first album, which was released in 2017 after the birth of her daughter, Aicha.

It was then that she laid the foundations that would become her trademark: her slang and danceable rhythm in songs pointedly written from a woman's point of view, for women.

As a French singer with African roots and her own version of French pop, incorporating expressions in other languages such as Arabic and her Family's native Bambara, she said some find her music "taunting".

"But it is important to accept the culture of others, and I have a double culture," she said.