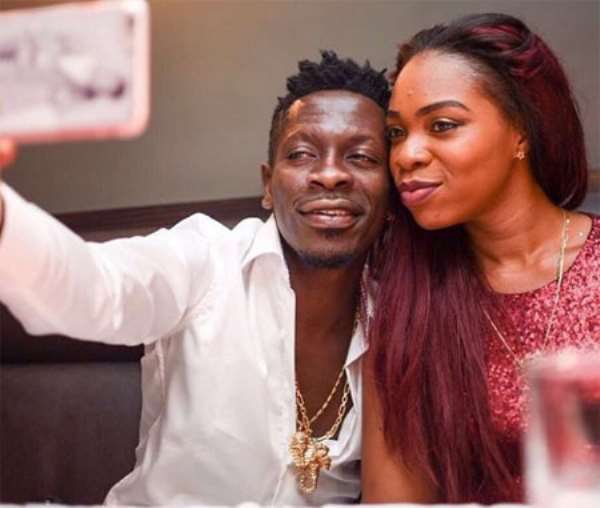 Shatta Michy, baby mama of renowned Ghanaian dancehall sensation , Shatta Wale has made some hilarious revelations about the Dancehall King, that has got Netizens surprised.

According to Shatta Michy, Shatta Wale is very good when its comes to lovemaking and being romantic.

However, Michy narrated how Shatta Wale almost broke her legs with wild sex positions only for her to end up at the hospital. Michy shared this in a live interview on 3FM.

“Shatta is a good guy. He can be very annoying but he is generally a sweet guy and when he wants to be romantic, he is very romantic. There was one time we tried to do a very silly sex position and Shatta almost broke my legs…we ended up at the hospital. the doctor even asked us if we liked practicing weird sex positions,” she hilariously narrated.

Latest Photo Reports
Catch up with all the political quotes from our politicians.
Advertise here
More Exclusive News
ModernGhana Links
I had no driving experience when I was first casted for 'Taxi Driver' series - Psalm Adjeteyfio reveals
I will beat you when I catch you - 3Music Boss Sadiq warns Shatta Wale in leaked voice recording
Abena Korkor says she is crushing on Pastor Mensah Otabil
I don't know if I will make it to heaven or not - KiDi
"He did the reasonable" — Arnold Asamoah Baidoo lauds Stonebwoy after he suspended UK show from clashing with Wizkid
We once walked naked, allow people to go nude in their videos - Cina Soul
American rapper 50 Cent expresses fear of the end time
Be inspired — Big Ghun tells fans in EP
Funny Face's recent depression videos show the actor needs attention
TOP STORIES