Celebrity Recommendation Is Not A Political Endorsement. 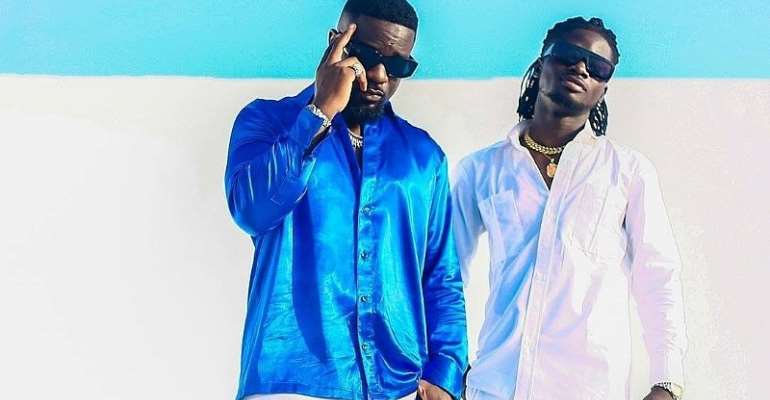 Musicians can make music for a political party but that doesn't mount to an endorsement, it is quite unfathomable about these things in Ghana when a musician makes music for a political party then he comes to face quite a lot of political aversion from the supporters of the other party, and that should not be the case but that is what we face in the country. The political distaste of some supporters can lead to the distraction of some musician's carrier.

There are musicians who do music for political parties and endorsement in abroad and it doesn't really affect their music profession negatively, but in Ghana, it becomes a problem and a burden for musicians to face from his followers and the supporters of a different political party.

Musicians are people who compose the good and bad situations in real life into music and songs for society consumption, they play a key edutainment role in people's lives which have got them to occupy large influential followers in the country.

Musicians enjoy the fundamental rights that every other person should enjoy in the country as a citizen, they have the right to vote , the right to speak and the right to participate in their political interest. Ghanaians are not okay with some musicians for commending the incumbent government for his work through their songs, this argument has got me thinking about the third principle of rule of law, which is “LIBERTY”.

Listening to the song “Happy day” sung by SARKODIE and KUAMI EUGENE tells how appreciable they are to the work of the president of Ghana and that they recommend he should be given a second chance in office, it is a matter of opinion and suggestions but not a matter of forcing every individual to vote for any political candidate. SAMINI’s “kpoyaka” song was also an accolade given to the president for his work done.

It is very fortunate that musicians do not share the same position as chiefs who are not required to endorse a political party or a political candidate in public, musicians have the legal and moral right of commending any political leader or party of their choice just as every citizen is given the right to.

Meanwhile, I believe Musicians should not be bombarded with critics based on their commendations on political events but it would be advisable to we raise our heads high to unity while we approach an election day and vote for peace in Ghana.