Tracey Boakye Is Low Standard To Me — Kennedy Agyapong Fires Back 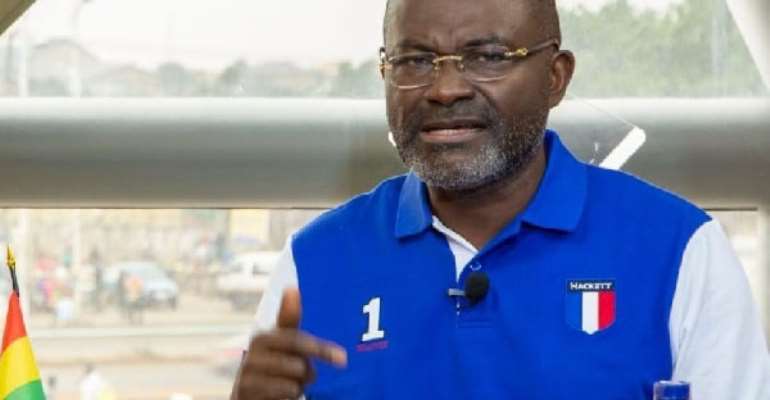 Loudmouth Kennedy Agyapong says he will not respond to latest rants by actress Tracey Boakye because she 'is not his class'.

Speaking on Net2 TV's The Seat Show on Monday evening, the Assin Central MP said he wouldn't waste his precious time on the Kumawood actress, who is known for going live on social media to attack anyone who dares come at her.

On Monday, Tracey took Kennedy to the cleaners for mentioning her name on an NPP campaign platform over the weekend.

Kennedy alleged on the campaign platform that the National Democratic Congress' (NDC) flagbearer, John Mahama, bought a cheap house for Kumawood actress, a statement which compelled Tracey to record a live video on social media. During her response, she rained curses on Kennedy and denied Mahama is the man in her life.

But on Net2 TV later on Monday evening, Kennedy said he won't respond to Tracey because “she is low standard”.

But interestingly, he couldn't restrict himself and went a little further to hit hard at her.

The producers of the show muted Kennedy's sound to prevent viewers from listening to him what he said to Tracey.

“I made a reference at Achiase and Tracey was insulting me. I am not going to mind her because she is low standard to me,” he said.

Before the show ended, Tracey responded and called out Kennedy, alleging he is sexually weak.