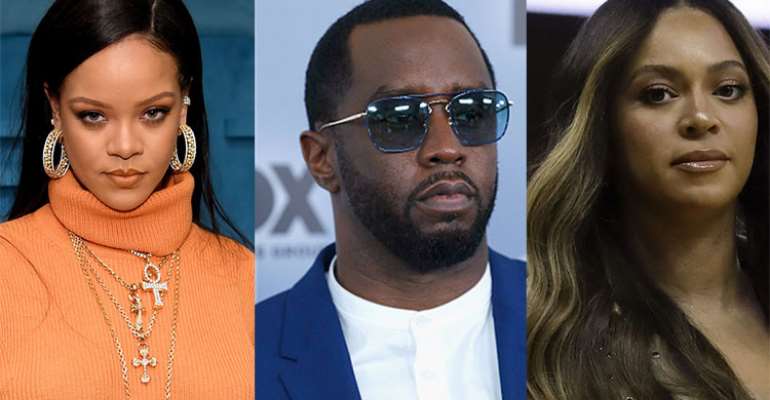 Top celebrities around the world this week took to their various social media platforms to show solidarity with Nigerians who are protesting against police brutality in their country.

On Tuesday, protests in Lagos turned bloody as soldiers reportedly shot into demonstrators at Lekki toll gate after lights were switched off at the gate.

Demonstrators have taken part in daily protests across the country for nearly two weeks over widespread claims of kidnapping, harassment and extortion by a police unit known as the Special Anti-Robbery Squad (SARS).

Tuesday saw the state governor impose a 24-hour curfew and deploy anti-riot police to the city. It got bloody as soldiers allegedly shot into the peaceful demonstration.

A lot of people around the world, including some top celebrities, condemned the shooting incident. Among them were Rihanna, Beyoncé, Nicki Minaj, Diddy, Wale, Jidenna and a host of others.

“I can't bear to see this torture and brutalization that is continuing to affect nations across our planet! It’s such a betrayal to the citizens, the very people put in place to protect are the ones we are most afraid of being murdered by! My heart is broken for Nigeria man!! It is unbearable to watch! I’m so proud of your strength and not letting up on the fight for what's right,” Rihanna said in tweet with EndSARS hashtag on Tuesday.

“I am heartbroken to see the senseless brutality taken place in Nigeria. There has to be an end to SARS. We have been working on partnerships with youth organizations to support those protesting for change. We are collaborating with coalitions to provide emergency healthcare, food and shelter,” Beyoncé wrote on Instagram on Wednesday.

“Standing with & praying for the brave young people of Nigeria who are on the frontlines of this senseless violence. Your voice is being heard.

“To the African diaspora, Nigeria needs you to amplify rn! The Nigerians that are in your crew, your class, your sports teams, your offices, your playlists, your films, your hospitals…they all need you rn. We need you to be even louder than we're known to be. #EndSARS,” Jidenna also said.

“Every post I see every family member I talk to… I feel helpless. I'm so sorry Nigeria . #EndSars,” rapper Wale also said.

A number of African celebrities in Ghana and Nigeria have also been sharing their concerns on Twitter, Instagram and Facebook about what is happening in Nigeria.