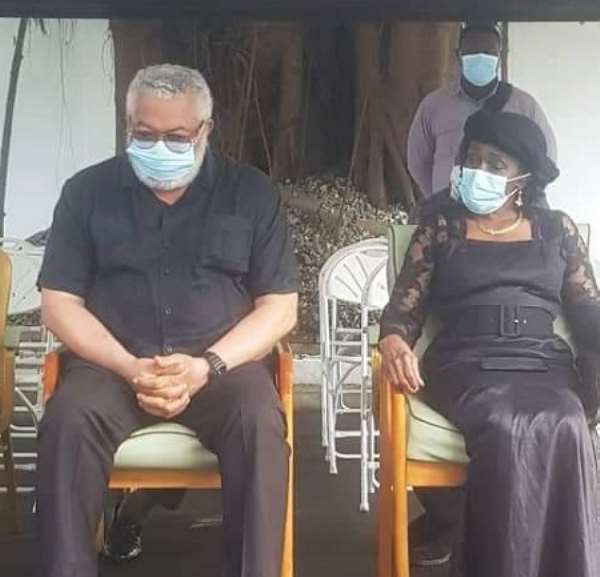 A delegation from the Musicians Union of Ghana (MUSIGA) has paid a visit to former President Jerry John Rawlings to console him on the loss of his mother, Madam Victoria Agbotui.

The visit was to express their condolences to the former President and his family for their loss and to also assure the family of their support.

The musicians were led by the president of the union, Bessa Simons; the national organizer, Chizzy Wailer; the director of communications and special projects, Ahuma Bosco Ocansey; and Rev. Dr. Thomas Yawson, Tagoe Sisters, Rev Dr. Mary Ghansah, Naa Amanua of the Wulomei fame, Pat Thomas, Rebecca Ray, Edem and his manager, Danny Masoul, among others.

Speaking on behalf of the musicians, Mr. Simons conveyed the deepest sympathies of the members of the union and the entire musical fraternity to the family of ex-President Rawlings.

He gave the assurance of MUSIGA's support in these trying times, adding that the union and the entire music fraternity in the country stands by them as they mourned the late Madam Victoria Agbotui.

He also assured the former President of the preparedness of the musicians to participate fully in the funeral celebrations for the late Madam Agbotui.

He appealed to the musicians to continue to use their skills and talents for the improvement of society.