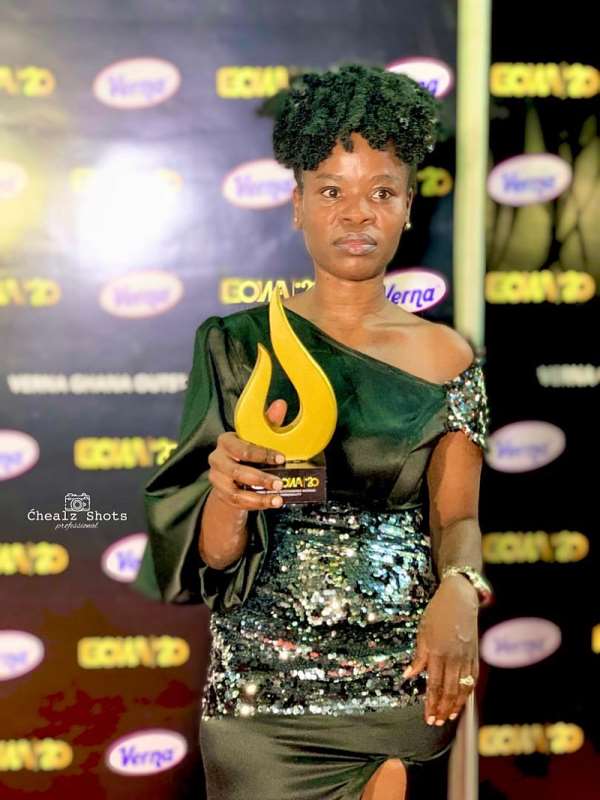 Sensational radio presenter Harey Adwoah Yeboah Asiamah known in showbiz circles as Ohemaa Woyeje has been named the radio personality of the year 2020 at the Ghana Outstanding Women Awards (GOWA).

GOWA is an award scheme that celebrates outstanding women devoted to the welfare of humanity and the development of society which has positively impacted the country and beyond.

The popular radio presenter who got one nomination and has been adjudged as the winner used the opportunity to show appreciation to the management of his radio station Angel FM Accra as well as all her listeners and followers.

“I want to thank all my listeners,” she told Attractive Mustapha.

Ohemaa Woyeje was also joyous about the fact that she has won two awards from two different awards scheme within a period of one month that she returned to radio after her long maternity break.