Naming A Street After Me Is Like Winning Grammy — Wiyaala 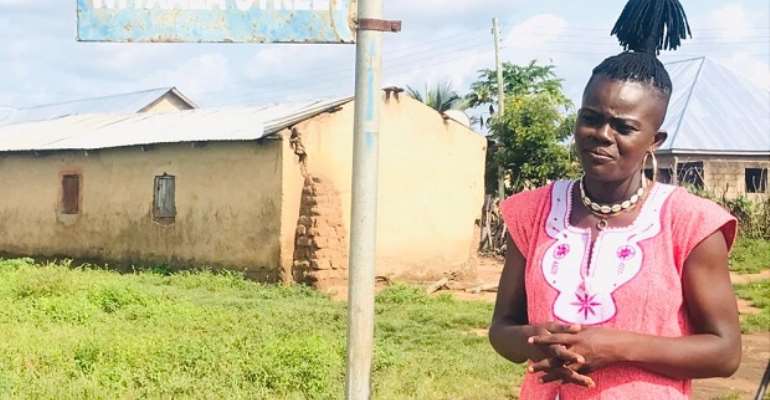 Noella Wiyaala has spoken about a street named after her recently in her hometown Funsi in the Upper West Region.

According to her, she considers the great honour bestowed on her as the greatest award she has ever received.

“This award, for me, is my Grammy. I know every artiste around the world would love to win a Grammy but this is the biggest Grammy for me because this is coming from my own people. Those days, it was difficult and nobody believed in arts and entertainment and for them to accept the music I am doing and name a street after me; it's my Grammy,” she said.

In an interview with NEWS-ONE at Funsi, Wiyaala said the love and support she receives from her community motivated her to go back to Funsi where she comes from to give back to the community.

“Any time I pass by the street and I see my name I am reminded of what I am doing and the impact it has on my community and people who look up to me, especially the younger ones. So for this gesture it takes a lot and it means you might have done something that stands out and for my people to go honour me with a street I am humbled,” she added.

The 'Lioness of Africa', as she is affectionately called, appealed to her colleague artistes to go back their roots and support the future leaders of their communities.

“This is your home, you shouldn't feel ashamed to go and support these young ones and your people because home will always be home and if you don't help develop the place, no one will do it for you,” Wiyaala said.

The artiste is currently directing a movie in Sissala, which will be used to preach about peace and living in harmony in the Upper West Region.

She has also formed a dance club which is aimed at educating younger girls in the Funsi community about teenage pregnancy, early child marriage, among others.

Some of the girls who spoke with NEWS-ONE said they feel inspired by Wiyaala and thanked her for inspiring and building confidence in them.