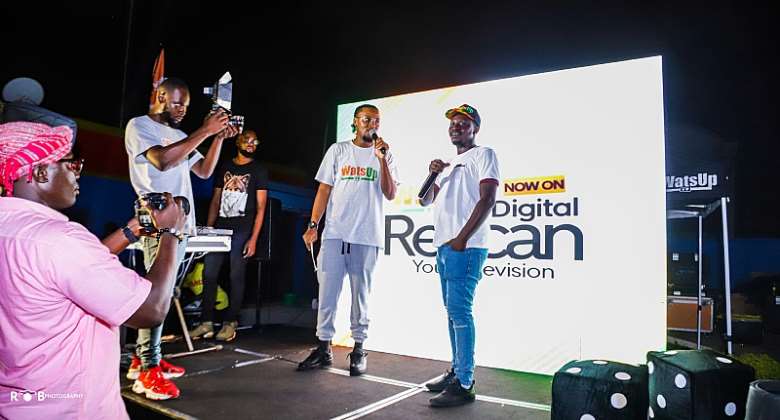 WatsUp TV has officially outdoored its dedicated 24 hours music channel which affirms their leadership as a Pan African entertainment Channel on the continent.

The grand launch which took place at its studios in Odorkor, Accra was attended by various stakeholders in the entertainment industry including, musicians, actors, music video directors, producers and artiste managers.

The channel which is currently on digital TV platforms in Ghana will also be expanding its reach to other parts of the continents soon. Speaking at the launch, ABD Traore, CEO of WatsUp TV shared the journey of the channel starting as a TV show and transitioning into fully dedicated 24 hours channel within 6 years. He also acknowledged the support of the industry players who made this journey a great one for him and his team.

The launch was hosted by WatsUp TV’s host ChampagneLee and red carpet host by Emce Miguel with photography by Rob Photography, Twins Don’t Beg and One Click Photos.

Activities that took place included performances, raffle draws, cocktails, and other engaging activities that made the launch a memorable one.

Viewers who wish to watch the latest channel, WatsUp TV, can rescan their digital televisions and receive the TV station.

WatsUp TV also continues to be aired in 40 countries via Canal+ with broadcasts on Burkina Faso's 3TV and Guinea's Evasion TV.