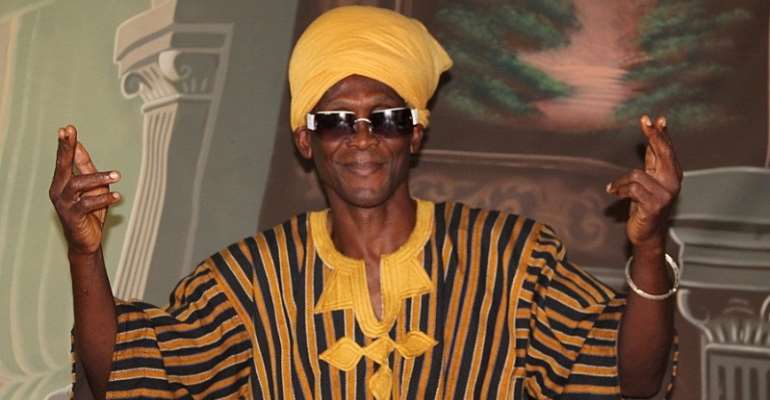 In his quest to ensure that peace prevails in the country as the December 7 general elections draw closer, a popular Kumasi-based reggae artiste, Mr Elvis Jackson Etuah aka Papa J together with his team of musicians have moved a step forward to create peace awareness for people to become abreast with the need on why peace should be protected at all times to ensure unity and stability in the society.

Jackson Etuah who is also the Chief Executive Officer of Unity Link Foundation a Non-Governmental Organization (NGO) stated that the agenda is to use the NGO to embark on peace advocacy campaign across the country, especially at the grassroots level.

He said to ensure a successful campaign, videos and documentaries would be introduced during their tour in collaboration with the media to play or publish their documentaries at their various outfits for national attention.

Jackson said his group would also take advantage of their tour to visit notable trouble-prone areas and engage themselves in conflict resolution agenda to bring the people on board to smoke peace pipe as part of realising its goals.

Mr. Jackson Etuah observed that the current political front seems to be muddied with violence, insults on opponents and misunderstanding towards national issues of which if care is not taken could likely endanger the electoral process in the upcoming December 7 general elections.

The group have taken upon themselves to go round the country on peace advocacy drive to discourage tension ahead of the elections.

He also hinted that though efforts are been made by the Peace Council, Religious organisations and other peace-related groups to disarm politicians from their negative ulterances on their airwaves but the situation tends to be fruitless.

This he noted has also become an issue of national concern and to the NGO to step up a broader scale to campaign against violence.

The chief Executive Officer of the NGO pointed out that as a reggae artiste who stayed in Liberia for years he experienced the country’s dreadful and violent civil war in 1989 that devastated the economy, especially on how people were maltreated and tortured like slaves.

He said he was prompted by what he experienced in Liberia which nearly made him lose his life due to a slight misunderstanding which erupted between the state authorities and their inability to solve them in time, thus developed into an unprecedented bloody war.

Considering how war can destroy a country in just seconds through unguarded and vulgar languages, the group finds it prudent to wake up and take a leading role on peace advocacy campaign across the length and breadth of the country to discourage people from using tongues to promote political tension with regards to the December 7 general elections.