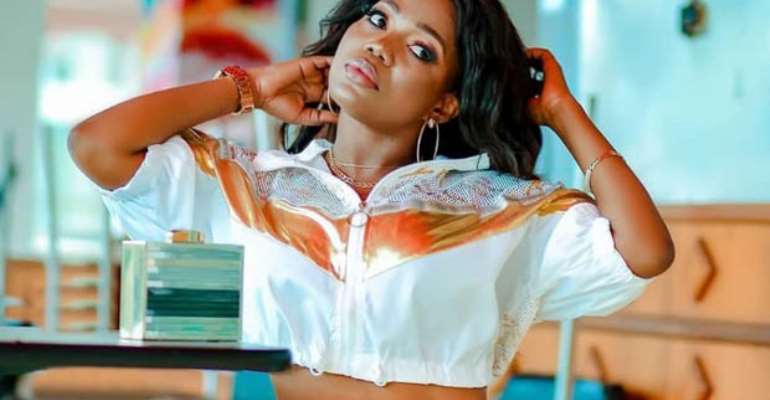 Mzbel has launched an attack on the Editor-In-Chief of the New Crusading Guide, Kweku Baako Jnr., calling him a “talented liar.”

“Kweku Baako has decided not to seek the kingdom of God at his age so he has decided to just LIE cos (because) of nokofio. Such a talented liar,” she said.

The controversial songstress, who said this in a Facebook post on Saturday, didn't state clearly in her commentary why she thinks Mr Baako is a “liar”.

But the attack on the seasoned journalist has come at a time when Baako was reported to have said that the National Democratic Congress (NDC) flagbearer, John Mahama's attacks on President Akufo-Addo's sod-cutting events are unwarranted because he did worse in his time as a president of Ghana.

Mzbel, who is a known sympathizer of John Mahama and the NDC, is known for going every length to defend the ex-president and her party.

On Saturday, she shared a statement by the Communications Officer of the NDC, Sammy Gyamfi, debunking claims that the party wants to return to Peace FM's Kokrokoo, hosted by Kwami Sefa Kayi, popularly known as Chairman General.

The party boycotted the show in May 2020 after describing the host of the programme as a dictator and biased.

Mzbel's statement was accompanied with a harsh description of Mr. Baako and some other persons whose names she didn't mention.

For the record, the NDC has never and will never beg to appear on Peace FM's Kookrokoo. The Comm. Bureau that I lead does not intend to ever return to that show. The NDC brand is far greater than that overhyped platform. Our boycott still stands. Ignore the lies. #BaakoLied

Me: Kweku Baako has decided not to seek the kingdom of God at his age, so he has decided to just LIE cos of nokofio. Such a talented liar. I was not surprised that unprofessional and stomach directional journalist was urging him on. As for that Central Regional Minister, we all know he is a comedian.”

It is unclear if the “unprofessional and stomach directional journalist” aspect of her commentary was directed at Kwami Sefa Kayi.