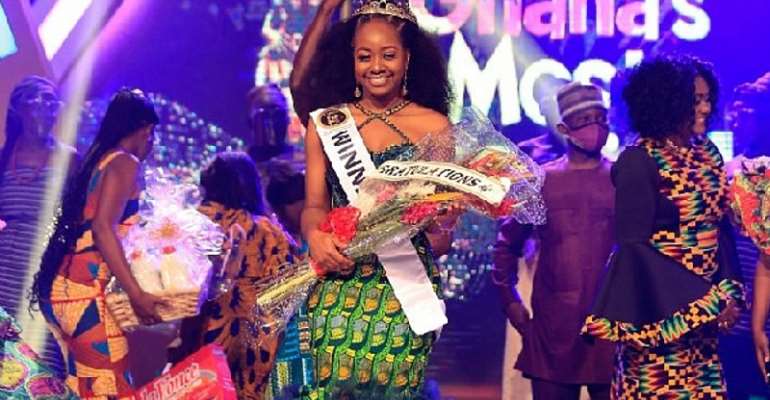 The former student of Central University and the Ghana Institute of Journalism beat Ahafo Region’s Abena to win the car, crown and GH¢10,000 as her cash prize. She also received GH¢2,000 more.

It was a night of glitz and glamour as the final of the most popular beauty reality show in Ghana was held inside TV3‘s Studio B for the time in many years.

It was held under strict Covid-19 protocols. Notwithstanding, Naa ensured that the crown returned to the capital region from the Central Region.