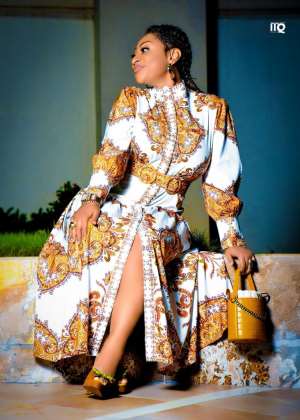 The actress who has produced over five (5) movies said that she is elated that the awards scheme has recognized her hard work which will motivate her to continue to give out her best.

With over 50 movies to her credit, she told Ghanaian journalist and Blogger Attractive Mustapha nii okai Inusah, that, she believes she will be winning some of the categories in which she has been nominated.

Ellen White encouraged movie fans to vote for her in all the categories to give her a massive win.