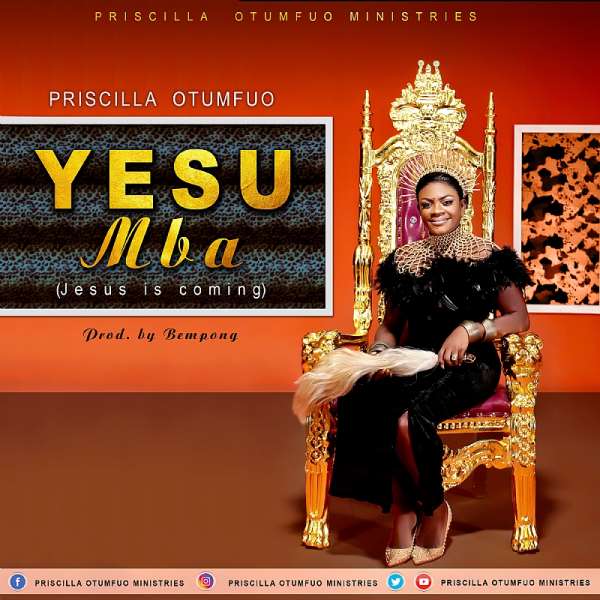 Being the first to have emerged as an artist from such a prestigious and honorable family, Priscilla, a well-positioned God-fearing young woman versed with Ghanaian customs and traditions gave a unique concept in the making of this video. A reason the entire Ghanaian populist is rooting their support behind her creativity.

With an elderly Counsel, the singer chimed soul edifying scenes cautioning the world of the second coming of Christ. Priscilla for the first time changed the perception of the many who thinks people of her caliber only believe in black magic (juju) and not the maker of heaven and earth by giving biblical quotations showing her in-depth knowledge on the gospel, a clear example of queen Esther in the Bible.

Being a record of a loyalist to all Ghanaians, the video, YESU Mba, has seen many endorsements even before its official release. This clearly tells that the video will be the next biggest thing to happen not only in Africa but the world in general. With SKYWEB direction, creativity has been packed on this particular video giving it an extraordinary feel, a feeling which is beyond comparison within the Ghanaian gospel circles.