Six Made It To Ghana’s Most Beautiful Finals 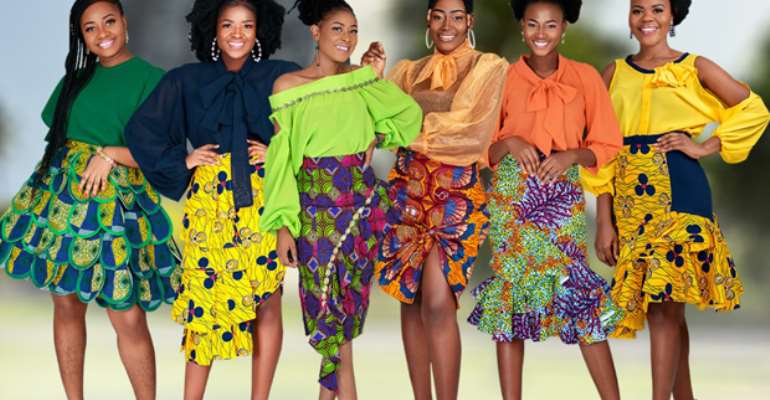 The organizers of annual Ghana's Most Beautiful (GMB) programme have announced that six ladies have been chosen to contest for this year's GMB crown.

The finals of the 2020 edition of GMB will take place on Sunday, September 20 in Accra.

The six were selected out of an initial 16 beautiful and talented ladies who had for the past weeks impressed viewers with their knowledge of the traditions and distinct cultures of the regions they hail from and provided insights into moral values of their people.

Over the past weeks, the six ladies have justified their stay in the competition through weekly performances and projecting the culture and traditions of their respective regions.

The weekly episode took place on Sunday, September 6, 2020, and witnessed the last eviction before the grand finale.

On the night, Eastern Region's candidate, Ofosua, was evicted despite winning the most innovative contestant of the night award.

Her presentation was on blindness; while Naa did an informative piece on dyslexia; and Afriyie enlightened everyone one on vocational training.

Talata's performance focused on early child marriage; and Abena did an education on child abuse.

Zuzu did an emotional presentation on obstetric fistula; and Kafui's was on helping needy but brilliant students.

The night witnessed performances from the Ghana Dance Ensemble and the Jennifer Lomotey hitmaker, Kurl Songx.

Johnnie Hughes Beresford and Anita Akua Akuffo were the presenters.

GMB is being organized by TV3 to educate Ghanaians and the global community about the various cultural values and heritage in the 16 regions of Ghana.

It aims at promoting development through culture and unity.

Since its inception in 2007, the pageant has crowned a number of queens who have gone on to make great impact in the promotion and development of Ghanaian culture.