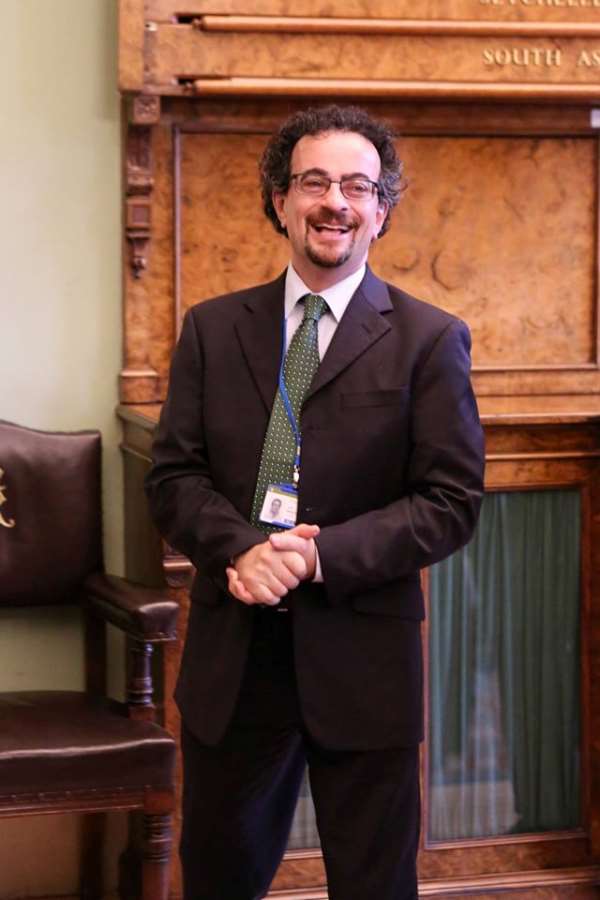 It looks like Dr. UN, officially referred to as Dr. Kwame Owusu Fordjour has stirred up a lot of controversies after saying on live radio at Zylofon 102.1fm that Blakk Rasta does not need his UN Awards as he is far bigger than that.

According to Dr. UN, Blakk Rasta, the Kuchoko Legend has more accolades than Sarkodie and Shatta combined.

Former British High Commissioner to Ghana and Togo has affirmed this position in a tweet sighted by this platform. H. E. Jon Benjamin tweeted Monday thus:

"To be honest @Blakkrasta, I’ve never heard of Dr. UN, but if he’s saying that you’re more talented than Sarkbwoy, then he’s merely stating a self-evident truth." 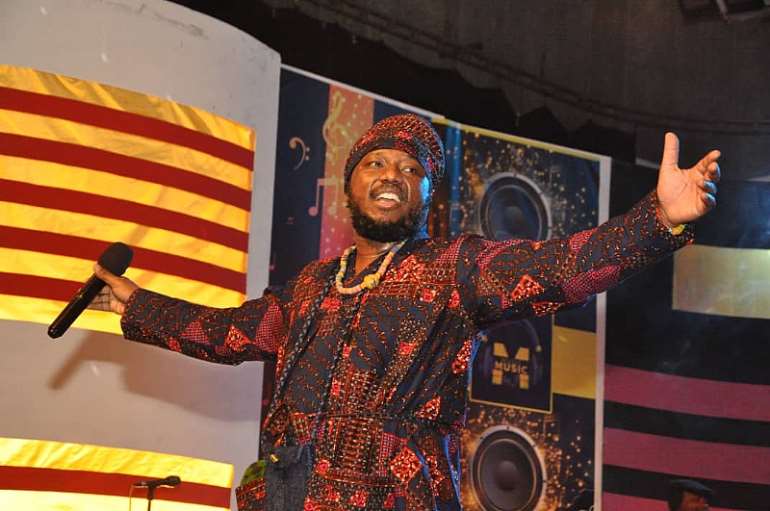 Blakk Rasta recently gave a heart-throbbing live band performance on TV3 's Music Music to critical acclaim raising the bar on the programme. Fans had not seen a performance like that on the show in a long while.

The Kuchoko Legend released his much-touted TIMBUKTU BY ROAD album in November last year and has been counting the success of the album so far. 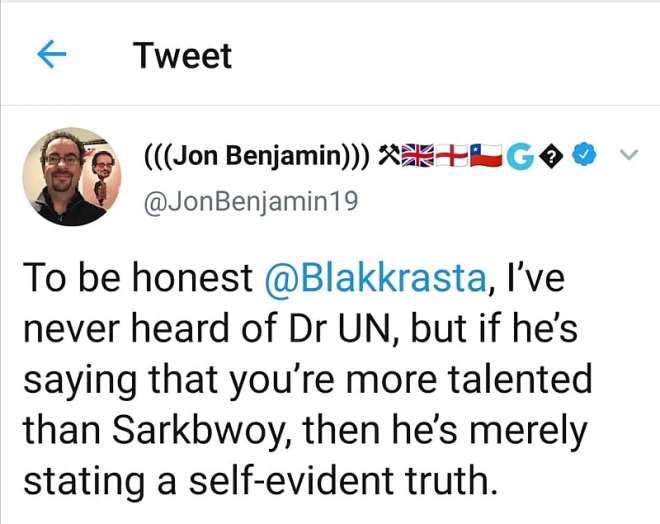