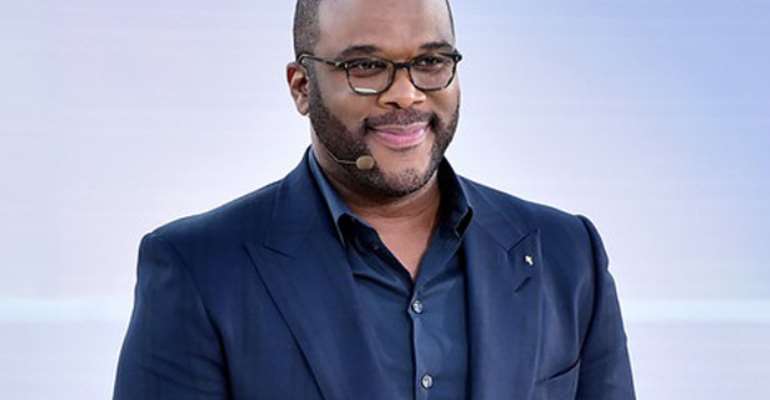 The filmmaker and philanthropist was named Hollywood's latest member of the wildly exclusive club in a recent issue of Forbes.

The publication—which famous tracks the wealth of celebrities and business leaders across the globe—revealed in a recent cover story on the director that he's taken in $1.4 billion in pre-tax income since 2005, and is currently worth $1 billion in total.

According to Forbes, Perry's immense wealth is a result of his shrewd business prowess, and the fact that he owns 100 per cent of everything he creates. This includes a bevy of TV series, dozens of films and multiple successful stage productions.

The filmmaker also recently changed the filmmaking game for himself when he opened his own 330-acre studio lot in Atlanta, Georgia, of which he gave Forbes a tour for their profile pie.

The largest source of Perry's wealth, according to Etonline, comes from his library of film and TV media rights, which values at $320 million.

The filmmaker, however, has made sure to put a great deal of his wealth to good causes. The media mogul's philanthropy and hard work through his charitable foundation, The Perry Foundation, has even earned him a special Emmy, which he will receive at the ceremony later this month.

In August, Perry spoke with ET's Nischelle Turner, and he opened up about how his late mother, Willie Maxine Perry, is the inspiration for his charitable spirit.

“That's the DNA of my mother. My mother was just such a kind woman,” Perry boasted, adding that he especially tries to give back around her birthday in February and around the holidays.

“I'm thinking of her because I know that she would be smiling from heaven. I realize that people aren't out there struggling because they want to. There are people that just need a hand up and that little bit of motivation can take them a long way,” he said.

“I'll never forget being in the grocery store, in Winn-Dixie in Atlanta, trying to pay for some food and couldn't pay for it. I was at Kroger. I couldn't pay for it. There was a woman behind me who gave me the money to get the food that I needed. Never knew her again. But that little act of kindness made me feel like I could go on.”

“So that's what those moments are about for me,” he added. “Just making people feel like they can go on.”