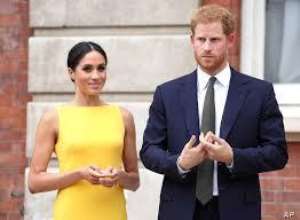 Prince Harry and Meghan have signed a deal with Netflix to create documentaries, feature films and other interesting shows.

The couple have found an unnamed production company for the multi-year deal with Netflix.

A statement jointly issued by Meghan and Harry read: Our focus will be on creating content that informs but also gives hope. As new parents, making inspirational family programming is also important to us.”

“We're incredibly proud they have chosen Netflix as their creative home and are excited about telling stories with them that can help build resilience and increase understanding for audiences everywhere.”

Several projects are already in development, including a nature docu-series and an animated series that celebrates inspiring women.

Earlier this year, the couple made a shocking announcement that they were stepping back as senior royals.

'It's Ridiculous, I’ve To Be Dealing With This Group Since 2...
49 minutes ago