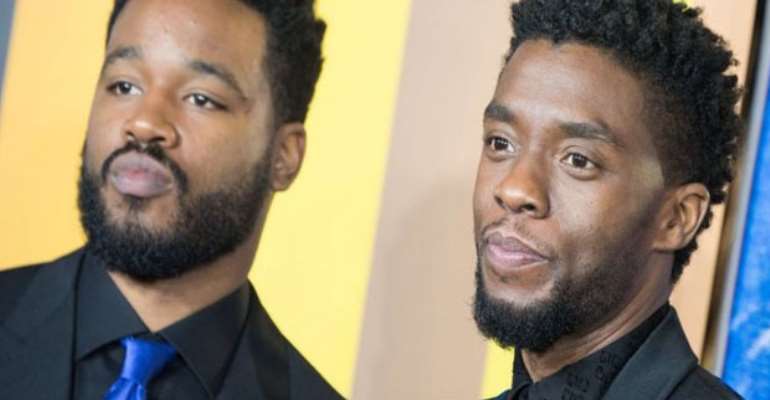 'Black Panther' director Ryan Coogler has written a long and loving tribute to the film’s star Chadwick Boseman, who has died at age 43.

“Chad was an anomaly. He was calm. Assured. Constantly studying,” the director wrote on Sunday morning.

“The ancestors spoke through him,” he added. “What an incredible mark he’s left for us.”

Boseman died on Thursday at home in Los Angeles with his wife, Taylor Simone Ledward, and family by his side.

He had been diagnosed with bowel cancer four years ago, undergoing treatment while filming hit movies like 'Avengers: Endgame', '21 Bridges' and Spike Lee’s 'Da 5 Bloods'.

However, he never discussed his diagnosis in public, and Coogler said “he shielded his collaborators from his suffering.”

“Before sharing my thoughts on the passing of the great Chadwick Boseman, I first offer my condolences to his family who meant so very much to him. To his wife, Simone, especially.

“I inherited Marvel and the Russo Brothers’ casting choice of T’Challa. It is something that I will forever be grateful for. The first time I saw Chad’s performance as T’Challa, it was in an unfinished cut of Captain America: Civil War. I was deciding whether or not directing Black Panther was the right choice for me. I’ll never forget, sitting in an editorial suite on the Disney Lot and watching his scenes. His first with Scarlett Johansson as Black Widow, then, with the South African cinema titan, John Kani as T’Challa’s father, King T’Chaka. It was at that moment I knew I wanted to make this movie. After Scarlett’s character leaves them, Chad and John began conversing in a language I had never heard before. It sounded familiar, full of the same clicks and smacks that young black children would make in the States. The same clicks that we would often be chided for being disrespectful or improper. But, it had a musicality to it that felt ancient, powerful, and African.

In my meeting after watching the film, I asked Nate Moore, one of the producers of the film, about the language. “Did you guys make it up?” Nate replied, “That’s Xhosa, John Kani’s native language. He and Chad decided to do the scene like that on set, and we rolled with it.” I thought to myself, “He just learned lines in another language, that day?” I couldn’t conceive how difficult that must have been, and even though I hadn’t met Chad, I was already in awe of his capacity as actor.

I learned later that there was much conversation over how T’Challa would sound in the film. The decision to have Xhosa be the official language of Wakanda was solidified by Chad, a native of South Carolina, because he was able to learn his lines in Xhosa, there on the spot. He also advocated for his character to speak with an African accent, so that he could present T’Challa to audiences as an African king, whose dialect had not been conquered by the West,” he partly said in his long write up published by the BBC.