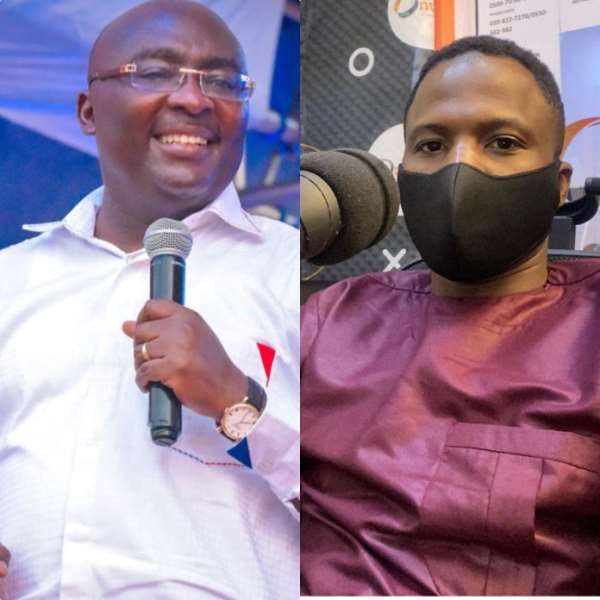 Ghanaian Journalist and blogger Attractive Mustapha has stated that he is surprised some entertainment pundits claim the creative arts industry does not need recording studios as promised by vice-president Dr Mahamoud Bawumia and the ruling New Patriotic Party as part of their manifesto.

According to the journalist, he totally disagrees with anyone who claims the industry does not need a recording studio because it is a necessity.

He queried whether the film makers would reject the supposed studio if they were promised a ‘Hollywood style’ of studio.

Attractive Mustapha known in real life as Mustapha Nii Okai Inusah, however agreed with other concerns that, the New Patriotic Party’s 2020 manifesto is Shaggy-dog but there are some pronouncements and promises that the industry stakeholders must not rubbish.

" Let’s embrace the good things in good faith and rubbish the bad ones with all the energy deserved whiles we suggest to government what we really need".

He concluded that some people in the arts lead Dr Bawumia to make that promise, so he should not be entirely blamed without calling out those people.