KUMERICA! The Ins and Outs of The New Wave 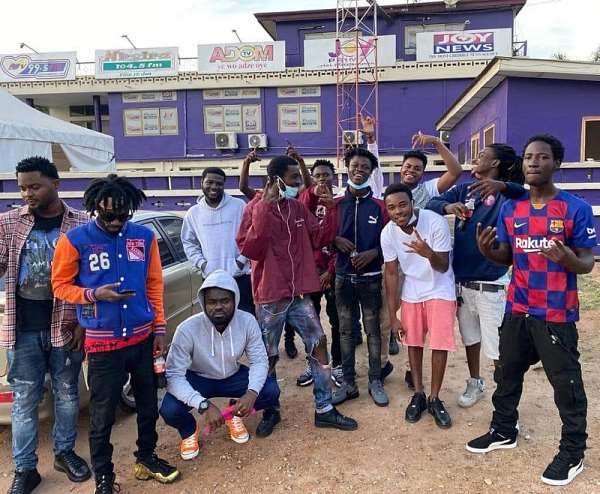 It is a dawn of a new era in Ghana music. The Kumerica wave also tagged “Asakaa” is the latest addition to the Ghanaian music culture.

“Asakaa” is a drill type of music emerging from Kumasi, spearheaded by sprouting rappers who sees music as the best medium to share their stories, moods, ambitions and struggles. Their song type has been linked to the streets for the “gangsta” (akatafoɔ) vibe associated with their lyrics.

The term “Kumerica”, a derivative of Kumasi and America is credited to Blaq Foreigner and Armani Sosa. Term was commonly used in-house to shout out fellow mates but at a point found it way into their music. This was the genesis of the movement spearheaded by a collaborative effort of Life Living Records, Trap House, and affiliated artistes including Sean Lifer, Kwaku DMC, City Boy, O'Kenneth, Reggie, Kawabanga, Loco Allday, Braa Benk, Jay Bahd and BKC's very own Obey Tunez to mention few.

To them, Kumerica was basically about living the widely-known Kumasi lifestyle akin to the U.S.A in propagating the “Asakaa” sound, but has grown into a springboard of propelling the culture, creativity and talents in the city to the globe.

The agenda has been on the radar of these young crops of musicians spanning over a year. These rappers associates themselves to drill music (a subgenre of Trap beats in hip-hop) but preferred to label it “Asakaa”. Their songs feature elements of trap, street-connected thoughts and mainly lyrics with changed wording structure: Brother becoming “Dabro”, Story herein “Rysto” Stop “Posto” etc, mostly related to by the Kumasi at heart.

The biggest song before the current media buzz is undoubtedly “One Day” a collaboration by themselves for themselves highlighting the winning plan, and subsequently, individual projects were birthed under the same umbrella.

In April 2020, instagram followers of Virgil Abloh saw him endorse these talents, an indubitable milestone it was in the pursuance of their agenda, after catching up with the euphoria in the song “Suzzy” by Jay Bahd and Kwaku DMC. Fast forward was the release of the hard-hitting “Off White Flow” by Kwaku DMC in appreciation of the mileage.

Still on their focus, many songs kept trickling in and those who loved the wave kept in tuned with the vibe. Releases include City Boy with Idikoko, Reggie with Akata Gang Gang, and Braa Benk with Dabro; a song prophesying the “Asakaa” reign after Corona.

Earlier in August, 2020, the soldiers stood up on their feet once again to their cause in offloading the wavy and banging “Akatafoc”. Social media fell in love and has since marked the beginning of the Kumerica era.

In solidarity with the city, Kwaku DMC, Phrimpong and Ypee has made contributions in bringing some clarity to social media wording, labelling citizens of Kumerica as “Kumericans”.

It must be recalled that Kumasi has been on the mission to revive and redeem it music glory, the CUE mission was the toast of every Ghanaian few years ago and here they are with the new winning trend.