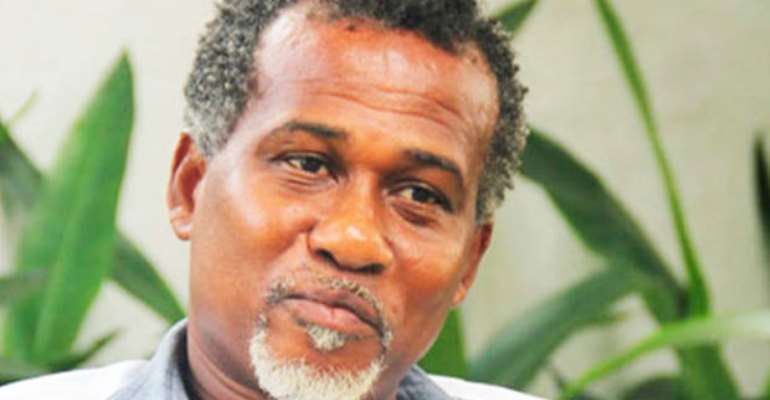 Popular highlife musician, Alex Lucky Mensah, aka Lucky Mensah, who actively campaigned for the ruling New Patriotic Party (NPP) to come to power in 2016,says he has never regretted his decision to campaign for the party because it has delivered on its promises to Ghanaians.

According to him, he will still campaign for the party to win the 2020 election so that it can continue its good works.

For him, the NPP has proven to be a serious party determined to better the lives of Ghanaians and he cannot help but support the progress.

The Nkrato hitmaker, who has since 2008 been very involved in composing political songs for the two major parties, said the Akufo-Addo-led NPP government had fulfilled the promises it made to Ghanaians and must be given another four years.

Speaking in an interview with Prince Benjamin on Class 91.3FM's Class Drive, Lucky Mensah said he was proud of the achievements of President Akufo-Addo.

Credited with hit songs such as Wooti Akoma, I Miss You, Old School, Aduu Sumo Akwadu and Nkrato the musician mentioned that President Akufo-Addo needed to be praised for his achievement so far.

Lucky Mensah, who was a well known sympathizer of the NDC, disowned the NDC leading up to the 2016 general elections, asserting that the then President Mahama failed woefully to lead the nation's development agenda, subjecting many into economic hardship and sufferings.

He later paid a visit to the residence of Akufo-Addo to present him with a copy of his latest track then, Yeresesamu, in September 2016 to support the NPP's 2016 election campaign.

He has composed a campaign song for the NPP titled Nana Toaso.

Lucky Mensah has been in the industry for over two decades with 11 albums to his credit.

The albums include Nsawa Bo, Glory to the Lord, Wope a Hwe, Agooji Baby, Brofre Nie, Aduu Sumo Akwadu, Old School, Bottom of My Heart and I Miss You among others.