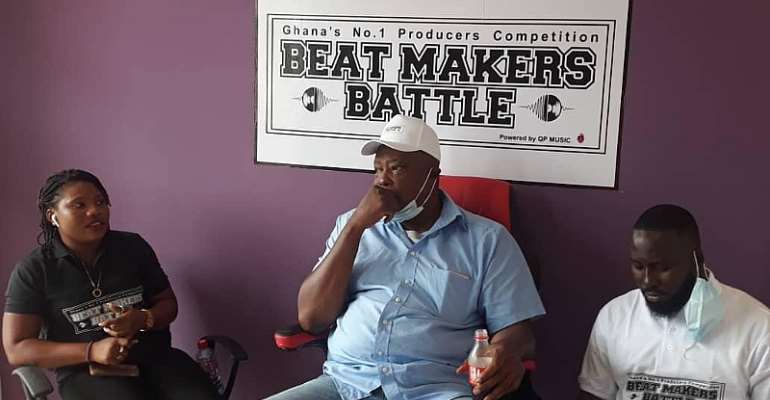 Rhythmic and sensational beat producers in Ghana, Qp Music Studio, has opened doors for beat makers in Ghana to compete in the maiden beat challenge.

The competition was launched in Accra on Thursday by Zapp Mallet, a renowned Ghanaian Record Producer at the Qp Music Studio in Abelemkpe.

According to Madam Lillian Kent, Media Relations Officer of Qp Music Production, the aim for this worthy challenge was for Beat Makers in Ghana both recognized and budding to come on board and compete.

Indicating that, the winner of the competition would represent Ghana on the international level in Toronto, Canada.

She highlighted that, Producers are to submit not more than 10 and not less than eight beats for the battle, and added that each beat should not be less than 60 seconds which must be in a form of mp3.

Madam Kent underscored that beats with vocals would not be accepted and rules of the submissions should be strictly adhered to.

“Beats submitted would be screened by a jury made up of three members chaired by Zapp Mallet, all the three are industry players”, she explained.

The Media Relations Officer announced that the deadline for submissions to be on September 30, 2020, stating that the final battle would be held at Sika Hall at Atinka studios, Accra.

She told Producers to submit their beats at Qp studios in Abelemkpe opposite Marwarko, Accra or send entries via email [email protected]

Madam Kent expressed appreciation to Mr. Samuel Quartey-Papafio, Founder of Qp Music Production for spearheading the affairs of the studio, and giving this opportunity to Beat Makers.