Nothing Wrong With Sex For Movie Roles---Veronica Rockson 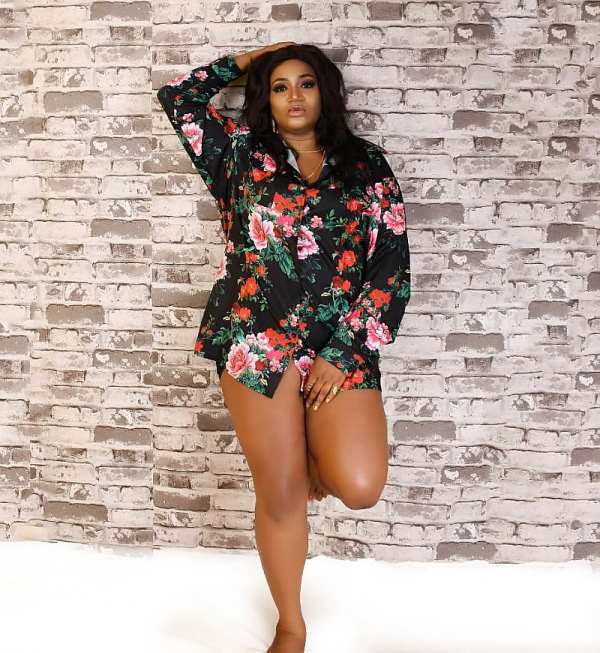 Actress and Television host Veronica Ackom Rockson has stated that there's nothing new about exchanging s£x for roles in the movie industry. Talking in an interview with Jullie Jay-Kanz on Studio Vibes with HelloGH, the actress asserted that, the act is not out of the ordinary in other aspects of our lives. She says there have been several instances where people had to 'sleep' with their bosses at work to earn promotion.

"Exchanging s£x for roles is normal, isn't it? They do that everywhere, in every office, I don't know why people always talk about it like its something bad when it happens in the movie industry when you're going to seek for jobs, the CEO's sometimes request for it before they grant you employment. '': She Said. The budding actress, however, divulged that she has not had such experience since she started acting.

Veronica Rockson born Veronica Ackom Rockson is a Ghanaian actress and television host. She started acting at a tender age at church and later considered it as a profession. Veronica has starred in movies like Die with Me'' with Nadia Buari, Frank Artus, and James Gardiner, Armageddon with Lilwin, Vivian Jill, Kwaku Manu, and late Bishop Bernard Nyarko, and Game Plan with Nadia Buari. She has also been cast for other series movies like 'Sunshine Avenue series'.

''Nothing Wrong With S£x For Movie Roles'' : Veronica Rockson

She is the host for 'My Story Show' on EP Urban TV. The TV show focuses on Marital and other social issues that happen around us. The actress is also the host for DaveJoy Studios' Music Makers Show which airs on EBN TV every Sunday evening. Watch Video Below: