''Kumawood Actors Are More Talented Than Those At Ghallywood'': Actress 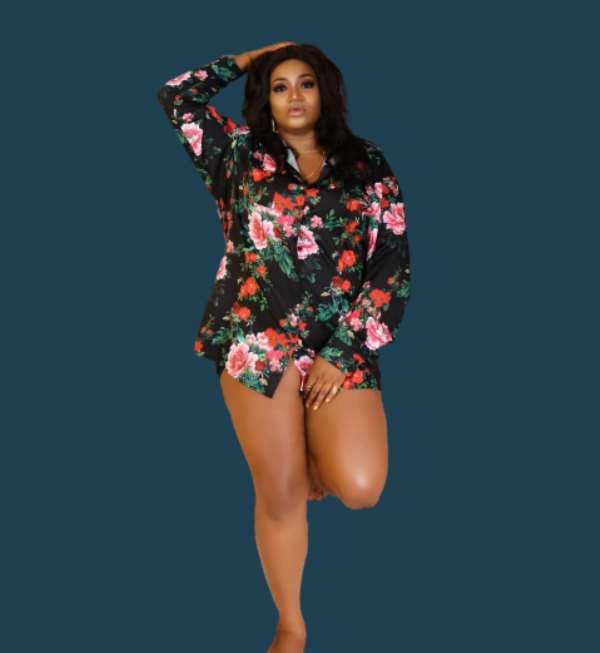 Screen icon Veronica Ackom Rockson known popularly as Veronica Rockson has asserted that actors and actresses who belong to Kumawwod are more talented than their colleagues at Ghallywood.

Veronica revealed this in an interview on Studio Vibes HelloGH show with Jullie Jay-Kanz saying her colleagues at Kumawood do not depend on a script before they act. She says they flow naturally and that makes them talented than their Ghallywood counterparts who on the other hand follow their scripts to act.

Veronica revealed that she has played roles in both Kumawood and Ghallywood movies and can attest to her assertions. According to the actress, she has been a cast for Armageddon, a Kumawood movie starring the late Bishop Benard Nyarko, Kojo Nkansah Lil Win, Vivian Jill, others and would attest that these actors were admirable with their assigned roles without following scripts.

The budding actress also talked about the fact that too much monopoly ended up collapsing the Ghanaian movie industry. Veronica says movie producers in Ghana always cast the popular actors and actresses for movies with a one-sided concept.

''Ghanaians are probably fed up with always seeing the old faces on the screens. In Nigeria, a new set of actors and actresses are introduced every six months and this keeps their movie industry growing. Ghana is different, its either a Jackie Appiah crying or Yvonne Nelson playing a [email protected] girl role''. : She added.

Veronica Rockson told HELLOGH that she has not totally ceased acting but in order to keep herself going, she happens to find herself in hosting a television show now. The actress is the host for 'My Story' show on EP Urban TV and also the hosts DaveJoy Studios Music Makers Show which airs on EBN TV on Sunday Evenings.