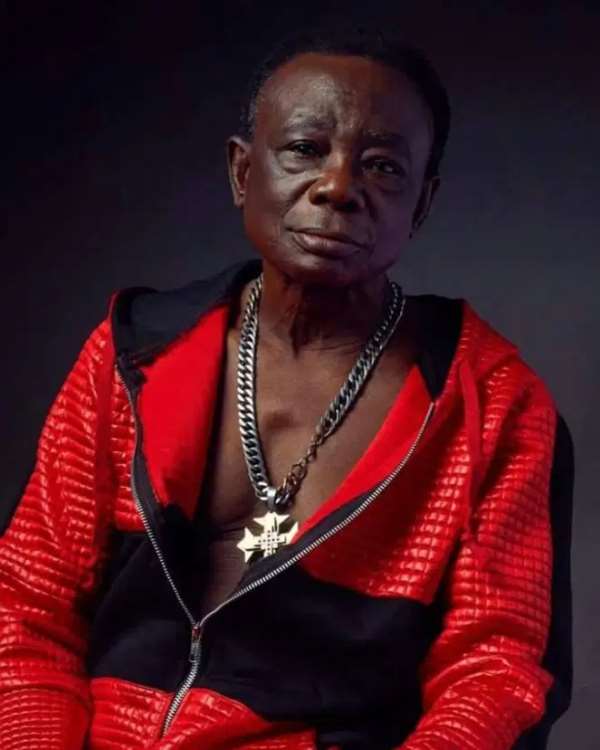 Veteran high life musician, Jackson Alfred Adofo popularly known in showbiz as J.A. Adofo has revealed that yam and plantain were accepted as payment for gate fee to watch their performances at concerts.

The veteran musician made the disclosure to Angel FM’s mid-morning show host, Ohemaa Woyeje, in an exclusive interview as they discussed J.A. Adofo’s life journey in the music industry.

“At certain places, we accepted a single plantain or a tuber of yam from people and they are allowed to go and watch our concerts”, the man popularly known as the Black Chinese told Ohemaa Woyeje.

He explained that concerts were strategically organized on market days so that the tubers of yam and bunch of plantain could be sold as a means to recoup their monies.

The legendary high life artiste added that the amount charged per person for a concert in his time was ‘sempoa’ [which is 3 pesewas in today’s currency] or ‘teku’.

He posited that monies gained from recorded songs were used to pay for instruments that they used because they couldn’t afford to buy the instruments in bulk, noting that concerts were major revenues for them.

According to Mr Adofo, a lot of the cinema halls were not available then but some landlords had established what he referred to as ‘concert houses’ where they rented for live performances.

“I had a spiritual father at Nkawkaw called Chichi Osei who taught me a lot including using two special snakes that when killed and the skin dried and pounded into powder, can be combined with fire and alcohol to cause a rainfall to destroy someone’s work”, he disclosed.

He however, said he never used any of those but rather relied on prayer and God to stop all such activities and evil from coming his way.

“I was advised by one Mr Yamoah and Mr EK to desist from drinking alcohol, womanizing and smoking at the early stage of my career. Adherence to that advice is what has kept me strong and alive all these years”, he stated.

In response to ‘bad days’ in his career, the legendary musician said the saddest moment in his music career was spending a night on a refuse dump to avoid being robbed at a hotel in Nigeria.

Your dictatorial, political bloodshed will be responded, we ...
24 minutes ago