It's All Love On This Side – Stonebwoy Makes-up With AngelTown 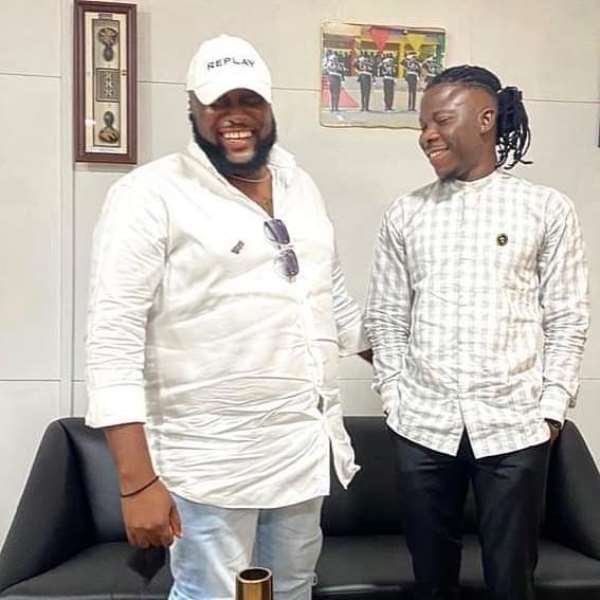 “It is all love on this side. Earlier today with Angello...No Bad Blood,” is how Stonebwoy captioned an image he shared on his Twitter with him and AngelTown, Sarkodie’s manager after he [Stonebwoy] punched AngelTown's left eye.

During the recording of the Black Love Concert at the Independence Square in Accra, a little confusion broke between Sarkodie's manager and Stonebwoy.

Many reported that Stonebwoy had questioned Sarkodie's teams of not allowing him to park at a place close the Independence Square but other artistes have been allowed to park there.

'Unhappy' Stonebwoy, reports indicated that felt that he was disrespected by Sarkodie's team because he had come to the venue as early as possible to get his recording done on time but after waiting for over three hours, without any word from the organisers decided to leave because other artistes that he felt came late were being ushered into the venue.

When he decided to leave, Stonebwoy had a little misunderstanding with AngelTown when resulted in him assaulting the manager of Sarkodie.

Stonebwoy’s name was taken out of the advertised list of artistes billed to perform.

Stonebwoy, in the end, did a video apologizing to his Sarkodie and AngelTown.

It’s All LOVE On This Side.