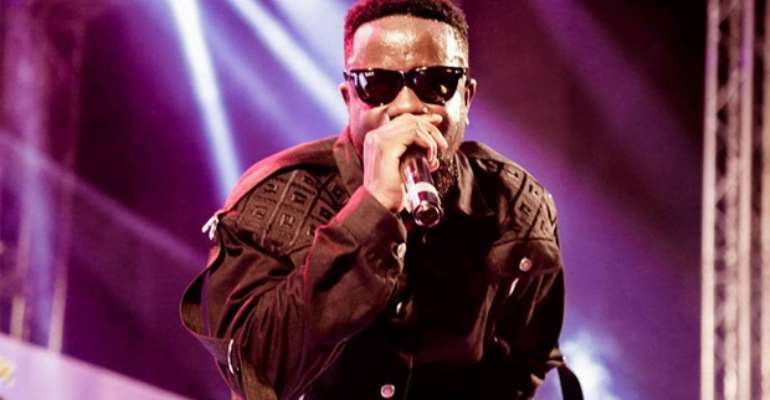 Rapper Sarkodie's 'Black Love' virtual concert came off on Sunday and was viewed by millions of music lovers across the globe.

The show, which was held at the Independence Square at Osu, brought great performances from some of Ghana's award-winning musicians.

Among them were Efya Nocturnal, Shatta Wale, Sista Afia, Joey B, Kidi, King Promise and a host of others.

The rest included legendary artistes like Abrantie Amakye Dede and Yaw Sarpong, who served audiences with some breathtaking performances of some of their classic tunes.

Sarkodie’s entry has been receiving a lot of reviews since Sunday.

He performed at the apex of the Independence Arch, standing next to the iconic Black Star, with choreographers positioned a step down, wielding lit torches.

Other highlight of the show included Sarkodie's performance with Shatta Wale to end their long 'feud'.

Ahead of the show, Stonebwoy allegedly attacked Sarkodie’s manager, Angel Town, at the concert rehearsal, to which he (Stonebwoy) came out to apologise.

Sarkodie told Hitz FM on Monday that he would address issue later.

He explained that he was yet to talk to Stonebwoy because he was waiting for the screening of his concert.

“I was waiting for the show to end so I address the issue well. This issue deserves some explanation,” he added.

Nonchalant, Lukewarm And Lackluster Akufo Addo Is Pampering ...
39 minutes ago