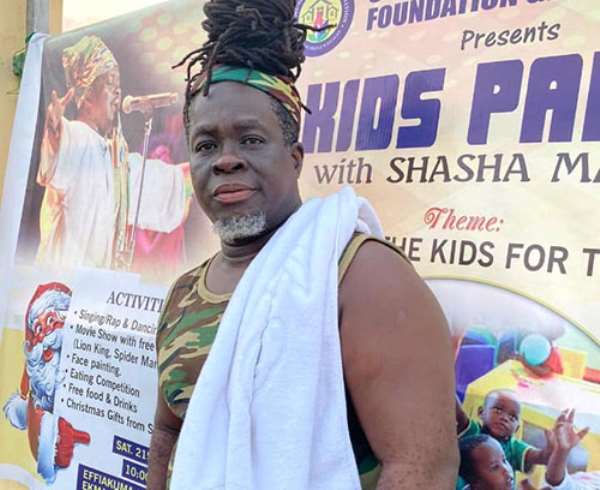 Ghanaian reggae artiste, Shasha Marley, who has been away from the Ghanaian music scene for some time now, has announced his return with his latest single titled Tha Dawn.

Shasha Marley, who is credited with a number of hit danceable reggae songs such as Buum Buum – Waa Waa happens to be one of the few surviving reggae music artistes in the country presently.

He told BEATWAVES in an interview that the song was a single on the Called to Duty album, an international collaboration with top reggae artistes from 11 countries, in appreciation of the frontline workers working through the Covid-19 pandemic in Hawaii.

Shasha Marley, who is the only African act on the album, said the song is one of the songs on his upcoming album to be released in Ghana soon.

He is among recognized performing reggae artistes whose songs are recognized on the world music market.

With two albums to his credit, Seek Ye Good, Not Evil and Lost And Found, he has featured on numerous local and international collaborations, with live gigs on big stages with some of the biggest names on the global reggae circuit.

He has recorded alongside several top artistes and won several awards. When the Hall of Fame multi Grammy Awards winner, Isaac Hayes, heard his music, he said, “Wow, this brother is pure talent, he and I are going to do great things together,” and sure enough, they have.

He has led 15 top Ghanaian artistes in an all-star musical collaboration which was produced via the sponsorship of the John Hopkins University in the fight against HIV/AIDS in Africa.

Truly a reggae musician, he has really been in the forefront of the war against HIV/AIDS, using music to break the stigma as he goes from village to village with his message.

Growing up, Shasha Marley was inspired by great artistes such as Bob Marley, Winston Rodney (Burning Spear), Steel Pulse, Jimmy Cliff and many others.