The Gospel According To Shatta Wale 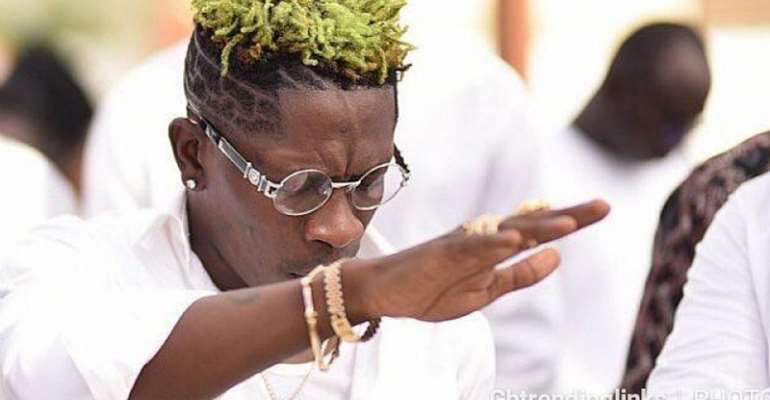 Let me take you to Church today. This may not be your usual church but trust me, this church has been an inspiration to many and have placed Ghana on the world map. Welcome to what I call the Shatta Movement (SM) Cathedral with our founder and overseer, Shatta Wale.

Charles Nii Armah Mensah Jr., known professionally as Shatta Wale (formerly Bandana) without doubts has distinguished himself in his art not only in Ghana but on the continent and the World at large. Google "the dancehall king" of Africa and his name is all over the place. One may not like his personality, music or brand, but there are great lessons which the journey to fame of this music icon can teach you.

In 2004, the then Bandana achieved popularity at Ghana music awards with his single, "Moko Hoo" which featured Tinny. He was off the scene for about a decade which according to him he was learning how to produce beats, mix and master and also perfect his craft.

In 2013, he was nominated for Reggae Dancehall Song of the Year (Shatta City) by Ghana Music Awards which he didn’t win. The following year, among other songs he released the “Dancehall King” and declared himself the Dancehall king in Ghana. A proclamation he made in the midst of so many controversies. Such an audacity!!.

The album graphic and video had him seated on a throne wearing a crown. Initially, some industry players chastised and even mocked him because he had nothing to prove that indeed he is the King of Dancehall music in Ghana. Yet, we all couldn’t deny the song was a real banger which won him the 2015 Vodafone Ghana Music Awards artiste of the year.

Fast forward this year, he had a collaboration with one of Americas' greatest singer and producer; Beyoncé, on a music track titled ‘Already’. Lyrics and scenes from this masterpiece depicted Shatta Wale as a ruler or a king. In fact, an already made king. This was a great endorsement to his career.

Thoughts about this sensational artist reaffirms to me virtues such as determination, patience and good self-image. Even when he was known as Bandana, he believed he will someday put Ghana on the map. During times where he had no recognition or awards and no one believed in him, he called himself king and worked himself out to prove that indeed he is King of Dancehall music not only in Ghana but Africa.

One thing you should know is words have power and play a major role in branding you and your career. Words are like keys which if you choose the right, can open hearts or doors for you. The picture you paint about yourself with your words is the exact description others will have about you. Also, your perception about yourself either limits you or promote you. It has tremendous impact on how far you go in life and whether or not you fulfill your destiny.

I’m not necessarily encouraging the old aphorism “fake it, till you make it” approach to success because without a positive change of mind and the, will power to conquer and remain relevant it will be difficult to obtain the desired success. Have a good self-image about yourself, speak the right things about yourself and consciously work hard so that your works will substantiate your confession.

Anytime you hear ‘paah paah paah paah’, just know that behind that voice is a man who believed in himself when no one would. A man who patiently and consciously worked hard to validate the premium he had placed on himself. This is what I term as the gospel according to Shatta Wale. As you leave this chapel, I hope you don't forget to give your offertory. It’s very important. Have a lovely week.

Opinion
Powered By Modern Ghana
Open Letter To Mzbel Over Her Insults On Abdul Malik Kweku Baako, Editor-In-Chief Of The New Crusading Guide Newspaper
VGMA21 Through My Lenses
Three Reasons Why People Love Joe Mettle
5 Things To Know About Director Of ‘The Burial Of Kojo’ Blitz The Ambassador
The Nonsensical Politically-Oriented SlayQueenism: A Letter To The Politician
The History Behind Our Sufferings [Part 1]
Who are the 12 'Most Wanted' DJs in Ghana?
A Plus, Behave!!
United Showbiz: The Plethora Of Good And An Iota Of Not Too Good For The Teacher Kwadwo Brand
COVID-19 Updates Live Dashboard
TOP STORIES