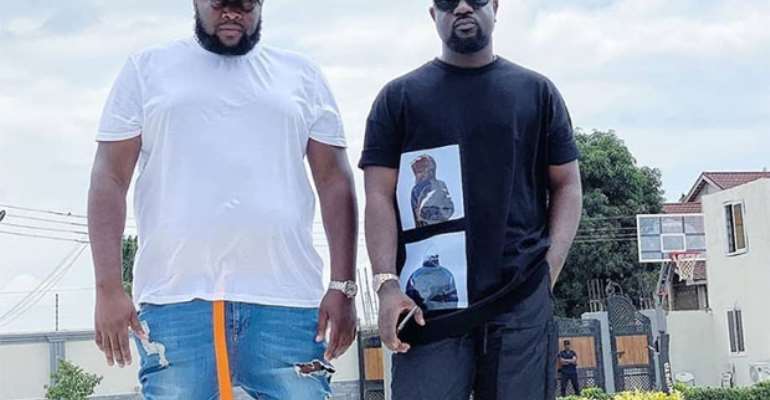 Sarkodie's manager named Angel was physically assaulted by Stonebwoy following a disagreement between them on Monday.

The incident occurred at the final rehearsal and pre-recording stage of Sarkodie's ‘Black Love’ virtual concert at the Independence Square in Accra.

Stonebwoy was unhappy he had to wait for a long time to do his session, although he arrived on schedule.

This led to a scuffle between him and Angel, who allegedly sustained injuries in his eye.

“Stonebwoy and his team arrived on time but waited for several hours without any information from Sarkodie and his team.

Stonebwoy who was obviously tired of waiting asked one of his team members to find out what was happening and Sarkodie's manager (Angel) came out to explain the situation to Stonebwoy and it turned into a heated argument between Stonebwoy and Angel,” Peacefmonline reported.

Angel shared videos of his bruises on Instagram on Wednesday.

He has since been receiving treatment at the Salem Eye Centre, Tema.

Efforts by NEWS-ONE to speak with him yesterday proved futile.