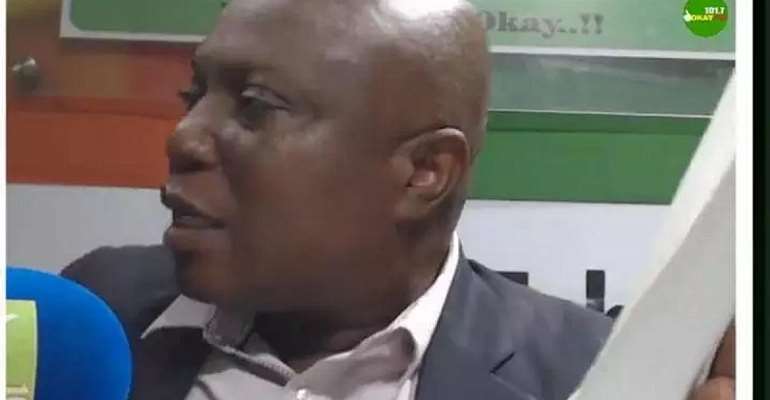 The Spokesperson for United Concerned Members of GHAMRO, Hagan Awuku has confessed on live radio that he personally planted a secret audio/visual recording device in the office of the Ghana Music Rights Organisation (GHAMRO) and that he still has the recordings of all discussions that went on in that office whether private or official discussions.

According to Awuku, a partner of musician Akosua Agypong in their anti-Rex Omar GHAMRO campaign, it was a certain ‘Flash’ who contracted him to plant the secret recording devices in the office of GHAMRO.

Hagan Awuku, who described himself as a member of UNICOM GHAMRO, made this revelation on the ‘Best Entertainment Show’ hosted by Halifax Ansah-Addo Wednesday morning.

“See, I want to tell you(Halifax) a secret, the National President of Spinners Association, his name is Flash, he gave me money to buy a recording device to plant in the GHAMRO office to enable us get all secret meetings they have.

“The over 17 meetings they had all, I have access to it. Listen to me well so I know what I am talking about. I know all the evil plans and all that” Hagan Awuku said to Halifax Ansah-Addo on Okay FM Wednesday morning.

When the host asked whether that does not amount to an invasion of privacy and highly unethical conduct, Hagan Awuku insisted he did the right thing and that he still has all the recordings in his house.

Akosua Agyapong, on the same show suggested that poor leadership is one major reason musicians are not getting what is due them as far as royalties is concern.

“We don’t have the right leaders leading us and that is one of the biggest problems. GHAMRO receives a lot of money not only from the government but the telcos, TV and radio stations and even the ‘spinners’ at events, yet, our musicians are dying poor”, she said.

She said although with the help of government, there has been a throughout audit into the finances of GHAMRO, she would not accept the findings of the audit report.

Yet she is hopping from one radio station to another accusing GHAMRO of a lack of transparency.

Akosua has been up in arms against successive administrations of the Ghana Music Rights Organisation (GHAMRO) over what she says is corruption and low royalties they receive.

“There is a lot of rot at GHAMRO; when Rex Omar first assumed office, the first thing I alerted him to was receipts; at a point, there were five different receipts for royalties collection and I told him to speak with the spinners because they were given different receipts but I don’t think he took that into consideration because if he did, he would have realized there was something dubious going on”, she alleged without any evidence whatsoever to back her claim.

For years, Akosua Agyapong has been campaigning for better conditions for musicians when it comes to royalties.

Akosua started the onslaught on GHAMRO after the Carlos Sekyi leadership which included her ex-husband, Amandzeba was ousted.

He claims her quest for transparency in GHAMRO has attracted threats to her life but she would not stop fighting.